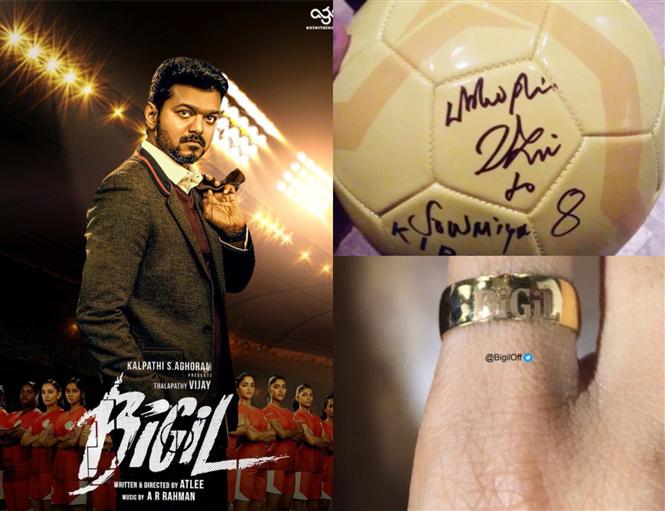 We had reported yesterday that actor Vijay has completed shooting for his portions in his upcoming film Bigil and to commemorate the same, he presented around 400 members who worked on the film with a gold ring each. It is habitual of Vijay to present gold items to the team he has worked with but what makes the ring special is that it comes engraved with the name "Bigil".

Producer Archana Kalpathi summed up the emotions post this generous gesture by Vijay and stated, "#Bigil has a team of 400 members working in the film everyday Our Thalapathy made it extra special by valuing each an every individual’s contribution today. This token of affection coming from him made everyone’s day #PositiveVibes #HeartOfGold #OurThalapathyIsTheBest"

She also officially announced that 95% of the film's shooting has been completed and the dubbing process has already begun. Bigil is an upcoming sports entertainer with Vijay in dual roles and focus on women's football in the state. It is worth mentioning here that Vijay also presented the actors who played his team with a personally signed football.