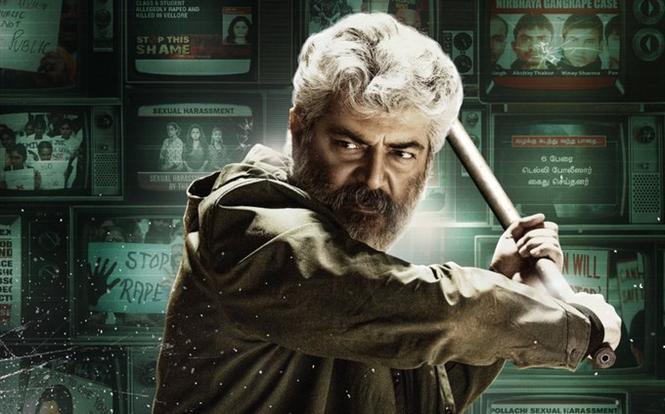 Ajith Kumar’s Nerkonda Paarvai is having a steady run in Indian box office with a decent collection on completing its 5-day run. The film was released on last Thursday (August 8) and had a great opening weekend following which the 5th Day (Bakrid) has retained decent occupancy, thereby letting the film cross 50-Cr mark in Indian box office.

The 5-day collection in Indian Box Office is as follows:

While the film made a total gross of 45.26Cr in four days following which the 5th day alone has spanned a gross collection of 7.4Cr. With this weekend expected to be quite longer again with Independence Day on August 15 followed by Saturday and Sunday, the trade circles expect the film to continue it successful run.