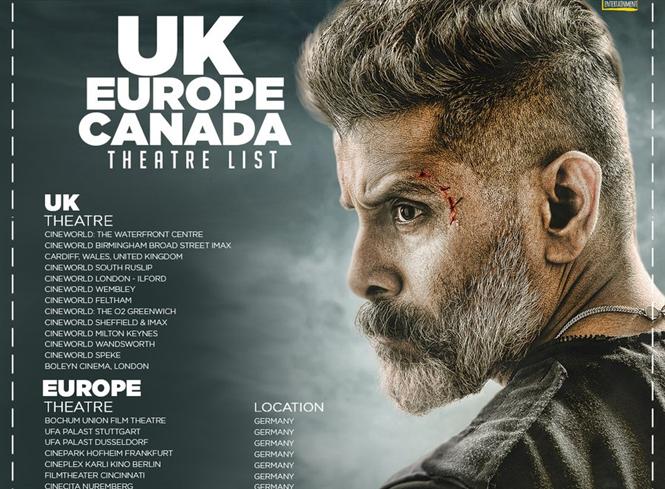 Kadaram Kondan starring Chiyaan Vikram, Akshara Haasan and Abi Hassan in pivotal roles, directed by Rajesh M Selva is set to hit the screens worldwide on July 19. The film touted to be an action thriller is bankrolled by Kamal Haasan's Raajkamal Films International along with Trident Arts and has music by Ghibran. The list of theatres that will be screening the film in UK, Canada and Europe is out. 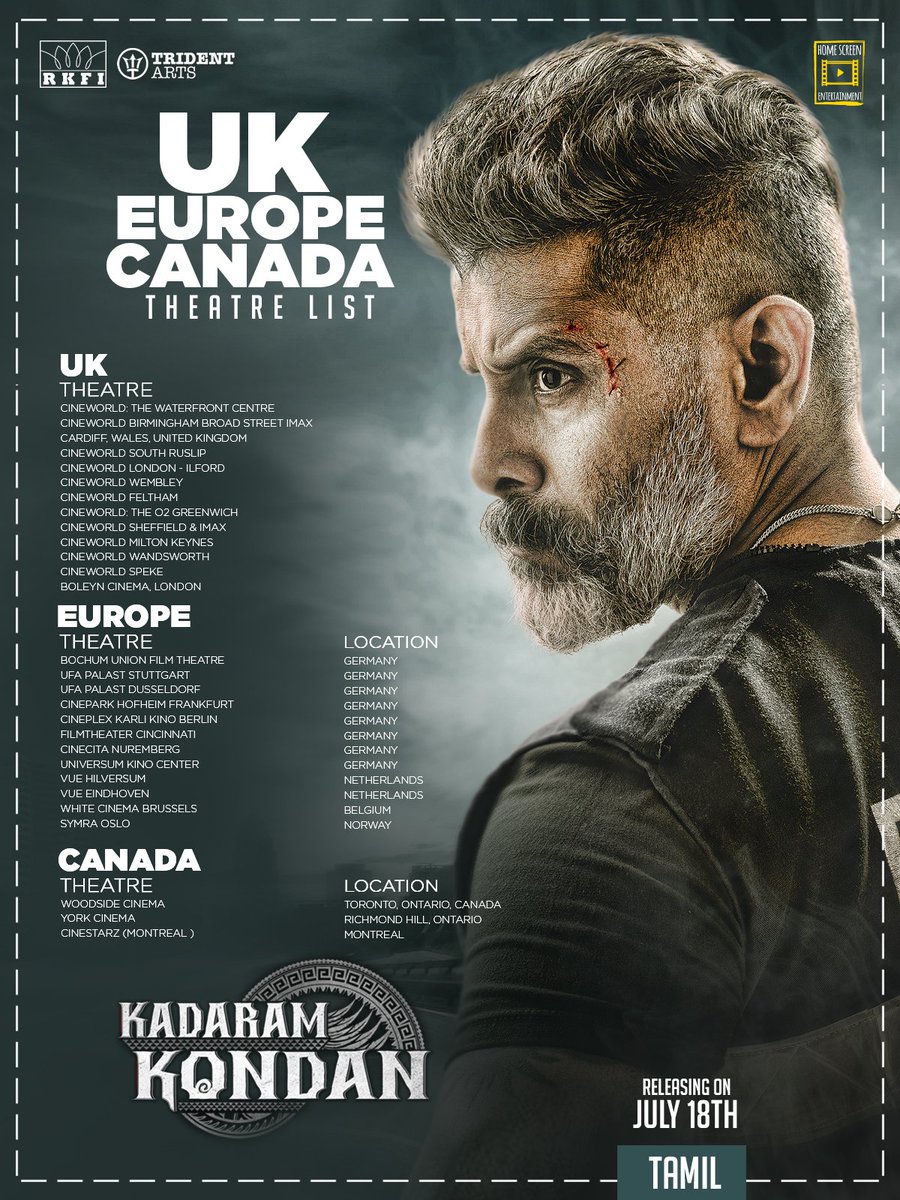