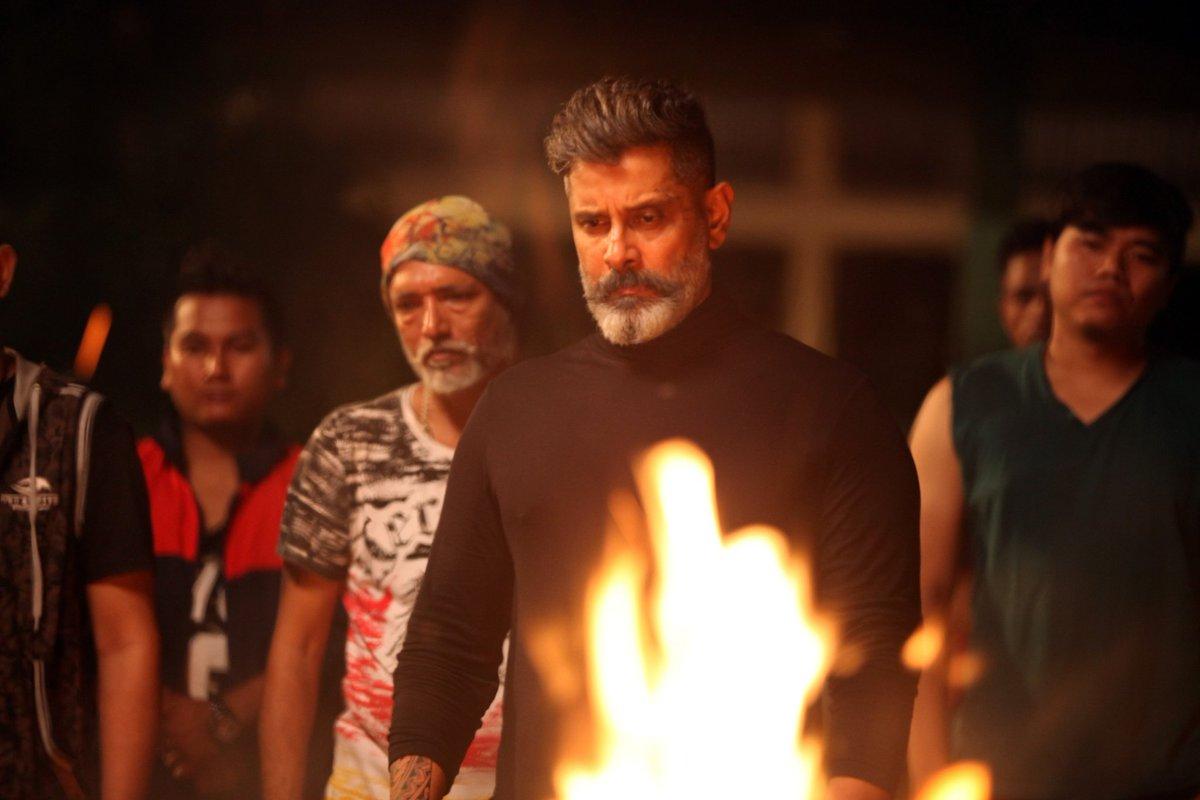 A crisp actioner that is fun while it lasts!

Vikram oozes a certain unmistakable appeal on screen. It is good to see him in a role where he isn't really obsessed with having to perform something remarkable on screen. This is a no nonsense actioner and with minimal dialogues he has nailed it this time. Abi Hassan and Akshara Haasan fit the bill and the supporting cast is pretty neat. It was good to see lesser known but competent actors being cast in a foreign country. (more)

Kadaram Kondan is a decent action thriller that is anchored by Vikram's stylish performance.(more)

The action scenes make Kadaram Kondan a visceral experience, even though Rajesh Selva's filmmaking falls short on flair. As long as we get a chase or a shootout, the film feels thrilling enough. It is only in the quieter moments, like the initial scenes that set up the story, that get us restless. Thankfully, Ghibran's energetic wall-to-wall score lends the film momentum. And Vikram ensures that we don�t leave disappointed.(more)

Kadaram Kondan is a stylish action thriller which justifies the genre mainly because of the top-notch technicalities, earnest performances of the young pair (Abi and Akshara) and of course, our macho man Vikram. Go watch it, you won't be disappointed.(more)

Vikram cakewalks through this quite engaging thriller

we have had pretentious thrillers and movies about double agents where filmmakers watered the screenplay down, pandering to the Kodambakkam audience. In that sense, it's refreshing to watch a movie that is unapologetic in its approach. Just for that, Kadaram Kondan is significant, if not great.(more)

There are clap-worthy scenes, like when the junior doctor is stitching up a deep cut in KK's abdomen without local anaesthesia and he lights up a cigar during the process. Abi Haasan (actor Nasse's son) is impressive as the junior doctor. The action scenes have been superbly choreographed and Ghibran's background score adds to the mood of this taut thriller. The downside is that the supporting actors have hardly any role and the story is unbelievably confusing at times. There are far too many plot twists and it ends up becoming difficult to keep up. Ultimately, Kadaram Kondan is a racy entertainer championed by Vikram's alluring screen presence(more)

Chiyaan Vikram Is The Real Conqueror Of This Action Entertainer!

Vikram's film is an ineffective but stylish action thriller

Debutant Abi Hassan is a talent to watch out for. Not only does he comfortably slip into the shoes of Vasu, a character who is scared but at the same time willing to do anything to save his wife; he leaves a strong mark despite sharing the screen with Vikram throughout. In fact, he has more screen time than Vikram. Another highlight of the film is Ghibran's terrific background score which at places even overpowers the narrative.(more)

Chiyaan Vikram's panache isn't put to full use in this action film!

Director Rajesh M Selva deserves applause for executing this film set in abroad. The scenes are well-executed and the shots don't look clumsy as such. However, the right packaging and an even more stronger writing was needed to give the completeness. Ghibran's music uplifts the overall mood of the film and he has a sizable share in keeping the film intact. He fires in a totally different league and his score is truly international. Srinivas Gutha's visuals are rich and classy and he maintains the correct balance through his work. Special credits to the stunt department who has done an appreciable job.(more)

A Stylish Vikram Gets A Badly Written Film

I have not seen either the French version or the English, but Kadaram Kondan could have paid greater attention to substance than style, and there is plenty of this � including a scene in which KK smokes a cheroot while Vasu is suturing his wound. Does this remind you of another actor who played with the cigarette?(more)

Vikram and Rajesh M Selva pull off a neat thriller

A sleek actioner whose parts work better than the whole

There are shoot-outs, hand-to-hand combat, car chases and Rajesh Selva's narration makes us perch on the edge of our seats. The pacing is spot on. Selva doesn't waste time by placing unnecessary elements in this tight script-be it a song or a flashback portion. Apart from the storytelling, I quite liked how Vikram executes the fight sequences, imbibing them with panache as well as a rhythm that keeps pace with the story. Further, the background music by Ghibran keeps you hooked to the proceedings.(more)

I quite liked that Kadaram Kondan, despite featuring one of Tamil cinema's biggest stars, isn't overawed by his presence at all. And really, how many films with stars can you say that about?(more)

Vikram Muscles His Way Through A Thriller That Seems Quite Familiar

Vikram as KK is the tough guy for hire for every industrialist, business tycoon and the insanely rich, or so we are made to assume (in the French original, Roschdy Zem as Hugo Sartet is a safe-cracker). He has a mind of his own though, and god forbid if he's taken for a ride by his employers as he's in Kadaram Kondaan.(more)

A Cold, Lifeless Action Movie That Never Really Kicks Off

With a convoluted plot about corrupt police officers and a colourful gangster, we see the dots but it's always a challenge a connect them(more)

Vikram doesn't disappoint when the moment occurs: he makes sure that the initial lull is worth the wait as the action just flows and sweeps you up till the end. Vikram hardly speaks. He steals the thunder with his terrific screen presence and style quotient. Abi Hassan looks promising and Akshara pulls off her pregnant woman role. But, the problem is that they don't make us feel for their characters. There's an issue of predictability as well as many logical loopholes. Technically, Ghibran's energetic background score and Srinivas Guha's slick visuals elevate the mood of the film.(more)