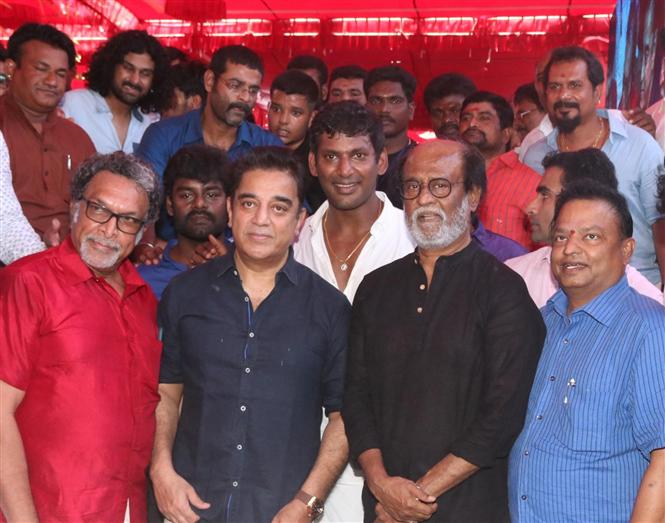 The office elections for the South Indian Artistes' Association (SIAA), popularly known as the Nadigar Sangam has been laid out for public consumption much more than it was expected to be and the drama surrounding the same finally came to an end this weekend.

After Madras High Court stayed the district registrar's order of halting the election, it was conducted with necessary security at St. Ebas girls school in Mylapore on Sunday. However, the last-minute rush-up added more fuel to the already controversy-deep event and discrepancies in postal-votes seemed to have cropped.

Am totally with u Sonu. This is something to be done quietly. Dont know why talking to media? Going for debates & crassly abusing each other..after all general public need not know about this. They have million other worthy things to worry about. This is really unfortunate

Actor Rajinikanth seemed to be one of the people who didn't receive the postal vote on time and thus couldn't cast his vote in the elections.

Dear RAJINI You are not the only person was unable to cast your VOTE , there are 100s of out station Drama artists are in the same condition. As a protest for this kind of disorganised Election Process & arrangements, I AM BOYCOTTING THIS NADIGAR SANGAM ELECTION. 🇮🇳🇮🇳🇮🇳 https://t.co/0STccWCCUQ

It is estimated that out of 3171 Nadigar Sangam members, 1604 members were able to cast their vote. The counting of votes (Nasser's Pandavar Ani Vs K. Bhagyaraj lead Swami Shankar Das Ani) is to be held after a pending court hearing, which is scheduled to take place on July 8, 2019.