'Have some class and Grow Up', says an upset Varalaxmi Sarathkumar to Vishal! 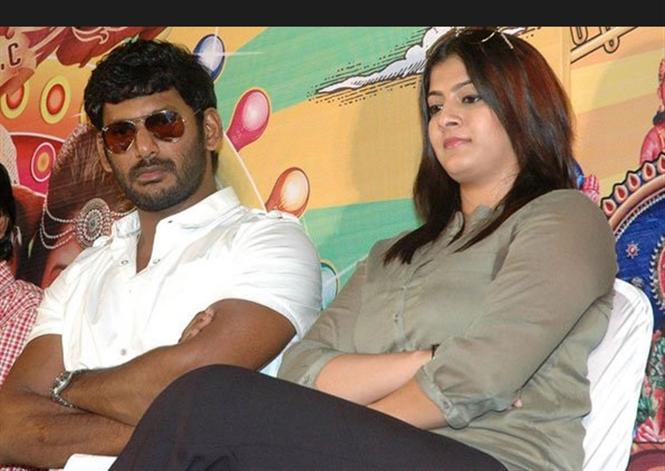 Actress Varalaxmi Sarathkumar, formerly a close friend of actor Vishal's has taken to twitter to lash out on the actor for dragging her Sarathkumar, in his recent Nadigar Sangam election campaign. To the uninitiated, Vishal and Sarathkumar have been at logger-heads ever since the former accused Sarathkumar and Radha Ravi of misappropriating the guild's funds in 2015, and abruptly removed them from the association the following year.

However Sarathkumar has not been involved in the association for a long-time now and Vishal's recent mention of the actor-politician his campaign video for the upcoming Nadigar Sangam Elections, has visibly upset Sarathkumar's eldest.

In an open note titled 'You just lost my vote', Varalaxmi adressed Vishal directly and wrote: 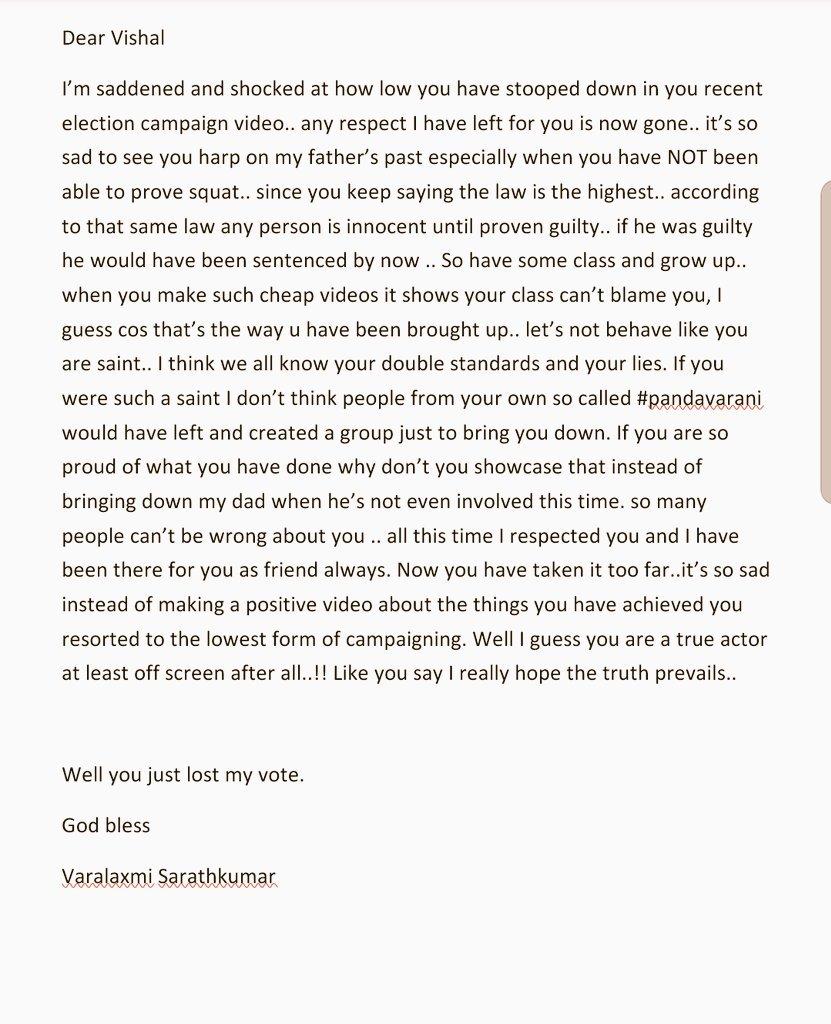