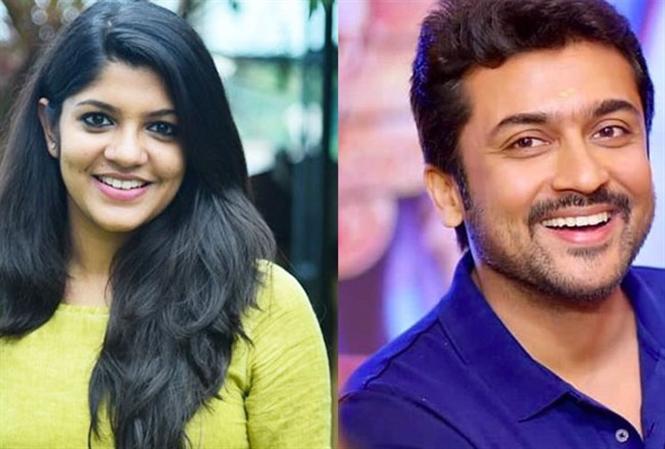 Aparna Balamurali, who has previously appeared in films like 8 Thottakkal and Sarvam Thaala Mayam in Tamil is currently busy with Soorarai Pottru, her upcoming film with Suriya. Opening up on her character in the film, the actress in a recent interview has revealed that she has lost weight and has adapted the Madurai slang and finessed it for her role.

Soorari Pottru directed by Sudha Kongara is based on the life of Air Deccan founder G.R. Gopinath and Aparna is reprising G.R. Gopinath's [played by Suriya]'s wife in the movie. "It takes a lot of authentic information, when you are making a biopic. I have gone at least five times for the reading sessions of the film, and that has helped me a lot to perform on set.", the actress was quoted to have said.

Produced by Suriya’s 2D Entertainment in association with Guneet Monga, Soorarai Pottru has G.V. Prakash for music and is expected to hit theater screens soon.