'Understanding of women is weak in our society' - Ajith on why a Nerkonda Paarvai is needed! 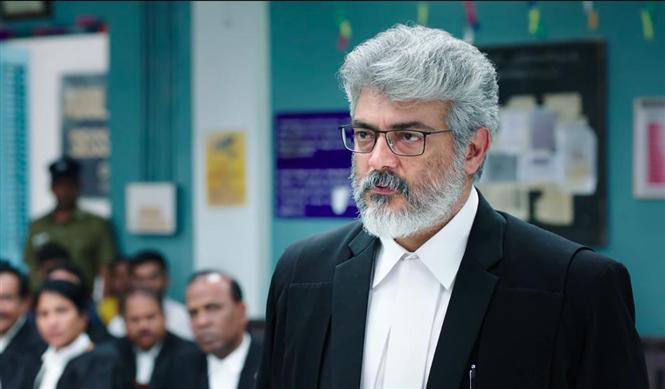 The trailer of Nerkonda Paarvai, Ajith's attempt at a social film dropped last evening and ever since curiosity surrounding the subject and how different it is from its Hindi original Pink has been looming. As if to curb the same, director H. Vinoth has been seen quoted in the media about his upcoming film and we bring to you some excerpts from the same.

Vinoth has said that Ajith, despite enjoying a mass status was clear about the need of a social subject at this time and age. The Thala actor is said to have felt strongly about Nerkonda Paarvai being 'a film that men should watch' because 'the understanding of women in our society today is very weak.' The director further added, "It's a film about how we see and understand women and how they should be seen and understood."

About how different is his film from Aniruddha Roy Chowdhary's Pink, Vinoth elaborated that the 'rawness has been reduced' and 'a little more cinematic treatment' has been given. He confirmed that while the original did not have any commercial elements, 'Nerkonda Paarvai will have two songs and a fight sequence'.

And as reported earlier, Bollywood actress Kalki Koechlin appears in one of these songs and Vidya Balan comes in a cameo in a flashback scene.