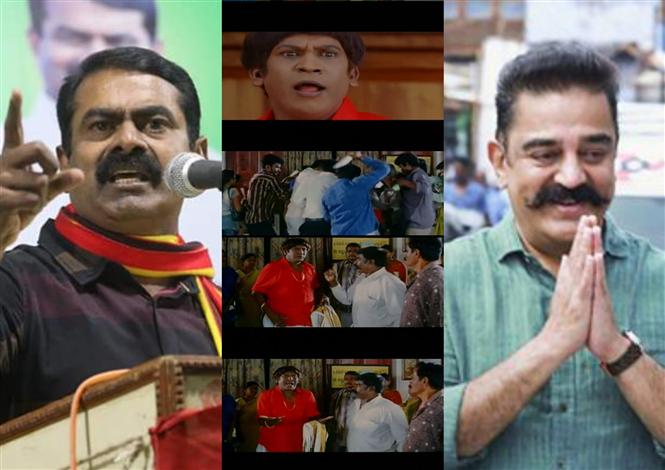 Contrast to the performance of Seeman's Naam Tamilar Katchi (NTK) who have been contesting since the 2016 state Assembly elections, actor-politican Kamal Haasan's Makkal Needhi Mayam which debuted in this year's Lok Sabha Elections came third in 9 seats, only behind DMK and PMPK.

When questioned about his view on the same in a recent interview, the outspoken Seeman who is known for his candid sometimes outlandish opinions made a connection between Kamal Haasan being fair-skinned and people's trust in the actor. The print interview quoted Seeman to have said,

"There was no such thing as his (Kamal Haasan's) contribution to the elections. He views politics like he views cinema..He has been acting for 50 years. He has a better familiarity with the people than me. Besides he is fair-skinned. People believe that those who are fair-skinned will not lie. The majority of people only see him as a Personality."

This line of Seeman's has amused the general public a lot especially because it is most synonymous with a comedy track that featured in a movie titled Arya MBBS starring Vadivelu and Madhavan.
In the film Vadivelu aka 'Counselor Snake Babu' gets beaten up by people when Madhavan falsely accuses him of cheating. When Snake Babu questions the public as to why they believe Madhavan's character and not him, one of them replies, "A fair-skinned person does not lie."