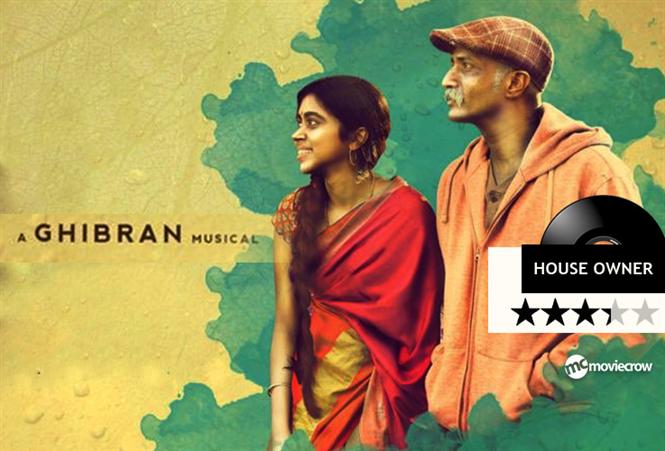 House Owner is an upcoming Tamil action drama film directed by Lakshmy Ramakrishnan with Kishore and Lovelyn Chandrasekhar in the lead roles. Ghibran scores music for the film. Let's check out how well this talented combo fared with this short soundtrack.

Saayamal Saigindra: Saayamal Saigindra arrangements also have the retro flavour with the dominant jazzy laid back tune which Benny Dayal croons to perfection. Though the tune takes its own time to get its groove, the background is a delight to listen with the gentle percussion adorned by snappy brass sections which shows up intermittently along with the keys.

Neeyagave: Ghibran ends the short soundtrack with the irresistible Neeyagave delivered stupendously by Sathyaprakash and Chinmayi. Ghibran adorns the song with the soothing arrangements backed by Tabla rhythm and wonderful flute solos while Chinamyi's splendid rendition makes this one best of the lot.

Bottom-line: Ghibran continues to churn out the lovely tracks with alarming consistency from his debut album and House owner is not an exception, short and sweet soundtrack from the talented composer.