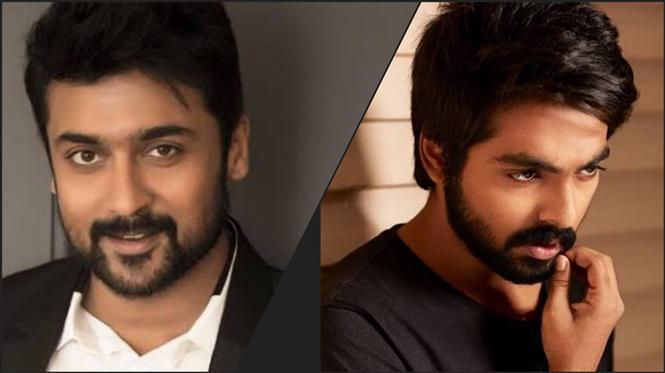 Actor and composer GV Prakash, who is currently busy with biggies Asuran and Soorarai Pottru has an interesting update about his upcoming film with Suriya. The composer reveals that he recently recorded a quirky fun track for the film, sung by the viral 'Rowdy Baby' fame Dhee.

Interestingly, this is the second song in Soorarai Pottru to get a singer from a popular track; Previously Super Singer fame Senthil who sang the hit number 'Chinna Machan' had lent his voice to a composition in the film.

Soorarai Pottru is based on the life of Captain G.R. Gopinath, who famously co-founded Air Deccan a low-cost airline that operates between the regional areas of India. The film is directed by Sudha Kongara and has Aparna Balamurali playing Suriya's wife in the film.