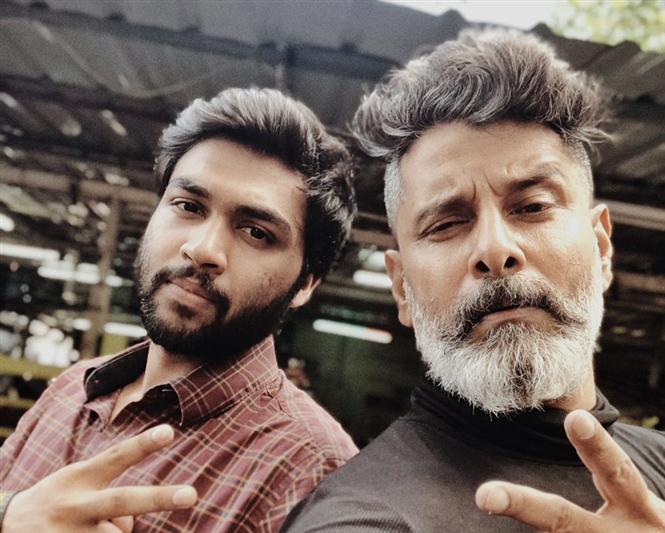 Actor Vikram celebrates his 53rd birthday today and marking this special occasion the makers of his upcoming film Kadaram Kondan released a special behind the scenes video where the actor could be seen showing off his stylish self.
Director of the film Rajesh took to twitter to share the making video of the film and wrote:

Happiest birthday to our own #ChiyaanVikram! ❤️ The energy u bring in to the crew & the positivity u transform to the project is amazing!Looking forward for more such collaborations in future.. 😉👍🏼Wishing u a very successful and promising years ahead my dear KK! ❤️#KadaramKondan pic.twitter.com/y6KG1pokhM

Vikram's co-star in the film Abhi Mehdi Haasan who is making his debut with Kadaram Kondan also shared a special message for the actor on twitter.

Happy Birthday, to the man himself! Growing up watching you on screen and to have shared screen space with you is such a blessing. Stay the same! Thanks for all the lessons and love! You’re the best! 🥳♥️ #HappyBirthdayChiyaanVikram #ChiyaanVikram #KK #KadaramKondan pic.twitter.com/WtUDavxcS6