Rajinikanth starrer 2.0 directed by Shankar is doing phenomenal business at the Box Office. The film which opening to raving reviews from all quarters has crossed Rs. 500 cr mark worldwide in 7 days. Akshay Kumar's film is continuing its steady run across the globe in its second week. Shankar's film has emerged has the highest grossing movie in UAE for the opening weekend (November 29 - December 2). It has taken the no.1 spot at the UAE Box Office by grossing $2,504,642 [Rs 17.70 Crs]. 2.0 has pushed Sylvester Stallone starrer Creed II to the second spot and is leading at the top by a huge margin. Superstar's film has set a new all-time opening weekend record for a Kollywood film in UAE. 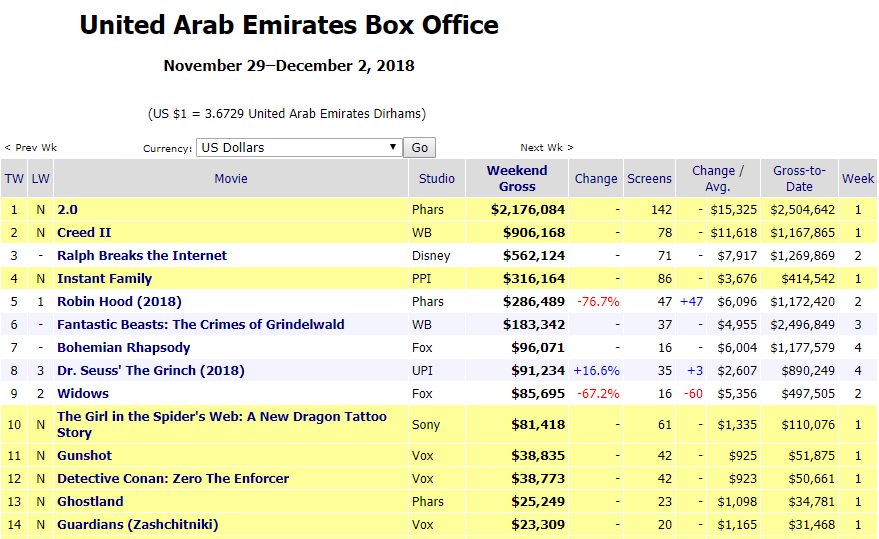