Tamizh Padam 2.0 to release on this date? 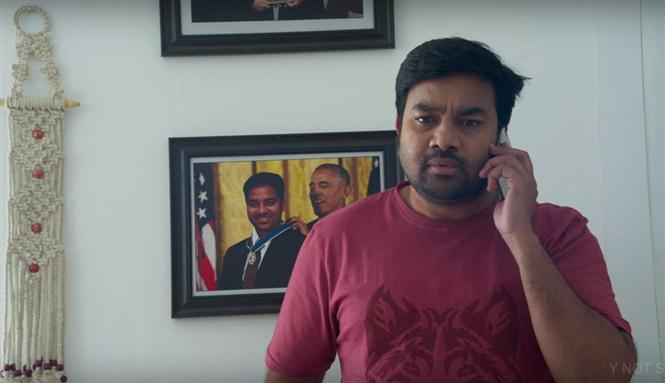 The makers of Tamizh Padam 2.0 had initially planned to release their film on May 25 this year but due to reasons unknown, the film's release date was pushed and the same was updated in typical C.S. Amudhan style later that month. Now, if sources are to be believed, then the team is eyeing July 13, 2018 to hit theater screens, with the TFPC release committee yet to give a clearance on the same. Given that the prequel of this Shiva starrer was the first parody film of Tamil cinema and it was extremely well received, we cannot wait but to watch what the director has come up with this time around.

Tamizh Padam 2.0 will see Shiva take on the Tamil Nadu police and about the film, the director was recently quoted by a media portal as saying, “We have tried to maintain some continuity from Thamizh Padam..Everything else is different. It is mounted on a much bigger scale than what we were able to afford before. I think this film will be a much bigger cinematic experience than the original. At the same time people are going to come into the theater thinking it is a certain kind of a movie. We will have to surprise them again.”

Wow what a coincidence...! https://t.co/uYHoX7opWG

Thambi! What are u doing? It was supposed to be a confidential meeting! https://t.co/3UHWRaFPpH

Also starring Iswarya Menon, Disha Pandey, Sathish, Santhana Bharathi and Manobala among others, the film bankrolled by Sashikanth's YNOT Studios and has music by Kannan and cinematography by Gopi Amarnath. The teaser of the Tamizh Padam 2.0 and the movies it has spoofed can be found here.