Thalapathy 62: What you didn't know about the Vijay, A.R. Murugadoss film 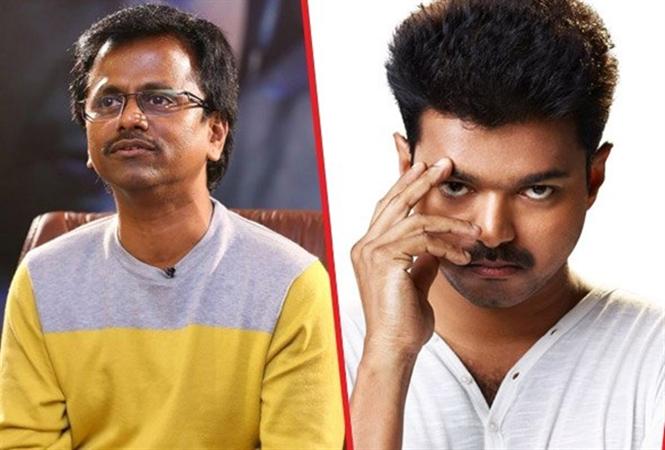 If one may recall, A.R. Murugadoss getting permission from the Airports Authority of India (AAI) officials to shoot inside the premises of Chennai Airport with actor Vijay was a big deal back in the days of Kaththi (2014). It was made a even bigger deal when the authorities withdrew the permission without any warning and Murugadoss made up by shooting at the Hyderabad Airport. Nevertheless, the actor-director duo have been at it again and leaked pictures and unintentional give-aways suggested the shooting of their upcoming film together, Thalapathy 62 has been happening at the Chennai airport for days now.

However, what was unknown till now is that just like Kaththi, the airport sequences in Thalapathy 62 will be of utmost importance or that is what a source close to the film tells us. According to this source, an airport sequence has become a sentiment of sorts for a Vijay film (Mersal had it too) and since it has worked well for Murugadoss and Vijay in the past, they are imbibing the same in Thalapathy 62 as well. Many of the pivotal characters including actress Varalaxmi Sarathkumar has been a part of these airport shootings and Vijay will even be seen arriving in a chartered flight for one of the scenes (similar to Sanjay Ramasamy in Ghajini) and we cannot wait to watch the end result on screen

On the other hand, Thalapathy 62 is in the limelight today for it has been revealed that the film's story was originally written for Superstar Rajinikanth as an action-packed political drama. This naturally has raised expectations among fans, who will be treated to the film for Diwali this year and a possible first look release on Vijay's birthday (June 22).