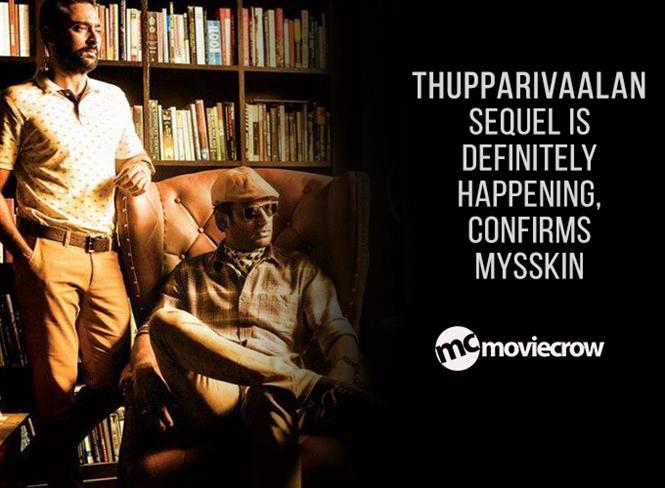 Thupparivaalan is on a good wicket now and the film is doing healthy business in all the release centers. Vishal has already hinted at a sequel while attending the premiere of the film in Malaysia. In a recent exclusive interaction, Mysskin also confirmed the same and said that he can take this up as a long running franchise. He said that the second part won't be his immediate next film and that a proper story (case) has to be found for the detective to crack. Mysskin was full of praise for hero Vishal,

"Though we belong to two extremes, we haven't had a single tiff or argument till date. It's a completely new Vishal that I've shown in the film. His commitment for the stunt scenes was remarkable and he was ready to go the extra mile with risky shots for the much talked about Chinese restaurant fight scene."

Mysskin also opined that Prasanna was a truly unique actor in Tamil cinema and that he wished Prasanna would get more meaty roles to consolidate his position in the industry.