There were 3 new releases last weekend -- Inji Iduppazhagi, 144 and Uppu Karuvadu. However, all three of them received mixed reviews and the buzz around them were low as well. As usual, filmmakers are rushing to get their films released before the end of the year, which has resulted in films getting minimal number of screens. This mad rush could prove suicidal for most films at the box office. In fact, the advance bookings for these new movies stand at less than 5% during the upcoming week. Check out the box office ranking of Tamil movies in Chennai during last weekend.

Inji Iduppazhagi got a decent opening due to widespread promotions, however the treatment has let down the movie. Anushka's performance is the only high point of the film.

Ajith's Vedalam, although lost many screens to new releases, managed to attract audiences due to lack of star power for other movies.

Director Radha Mohan's Uppu Karuvadu received fair to good reviews, but the box office prospects look bleak. A solo release might have given the film the visibility it deserves.

Siva - Ashok Selvan's 144 was almost neck-and-neck with Uppu Karuvadu, in terms of show count and occupancy levels. Kamal Haasan's Thoongaavanam lost the fizz sooner than expected, while Naanum Rowdy Dhaan was still hanging on to sizeable number of screens.

Sivakarthikeyan's Rajini Murugan, Atharvaa's Eeti and Simha's Urumeen will be hitting the screens on December 4, making it another over-crowded weekend at the box office. 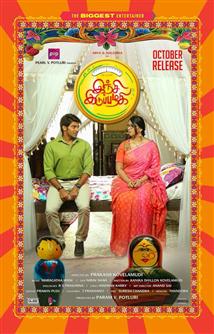