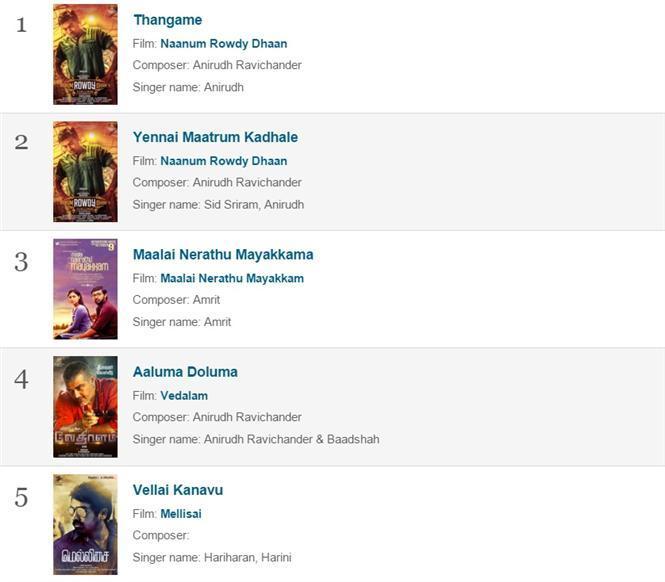 Anirudh's Thangamey from Naanum Rowdy Dhaan continues to stay at the top spot for the fourth consecutive week. 4 other songs from the album finds a place in MC's top 20 songs. The album continues to show its domination over other albums, including Anirudh's Vedalam, which is slated for release on Diwali