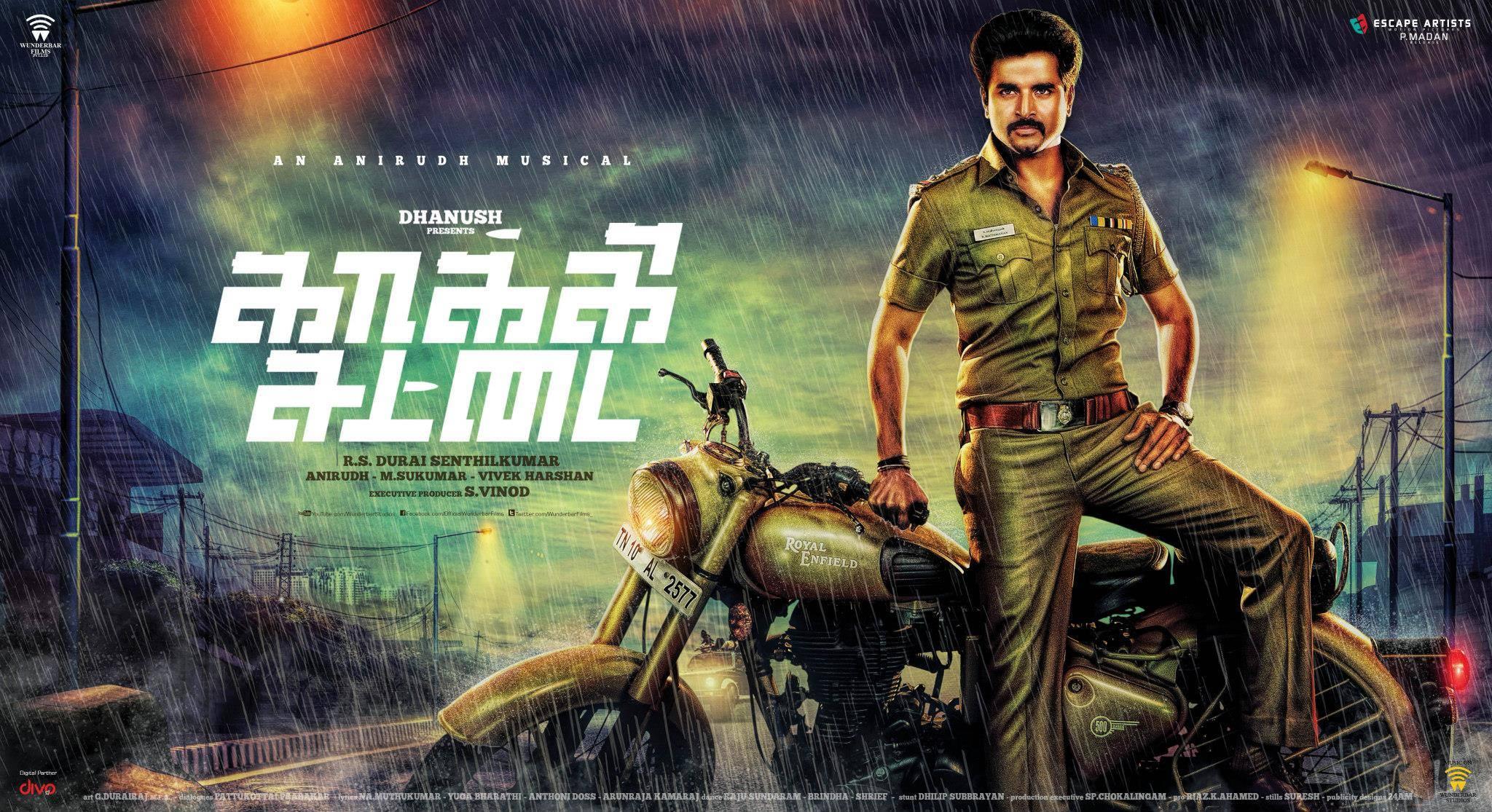 Awesome! Siva once again show he can handle more than just comedy! (more)

SK and Director are very cautious about not to over do anything... starting from the dialogue delivery or action sequences... Kakki satti is a definite movie for weekend fun!!.. Good Job SK & Dhanush (more)

Let me be frank.Not to hurt any ones sentiments. Im amid entertainment. Im a self confessed Movie Buff and seeing the charts of Tollywood, Bollywood, Mollywood and others in Kollywood I can say confidently that SivaKarthikeyan is the next best big thing to happen in Kollywood. Basically for a person like me who watches movies maximum hours a day in all genre, I can promisingly say that the latest SK Movie Kaaki Sattai is the best from a promising new comer. I conclude telling every so called negativity pointers to let others enjoy the movie. Please note that making a movie isnt that easy. A person like Sivakarthikeyan on whom we have higher expectations is rocking every way. Why dont we appreciate a decent effort guys.. Why are we always typecasting a great talent like SivaKarthikeyan'sThings have changed!! Grow up! Regards, Oru Nanban (SivaKarthikeyan admirer) You Rock SK (more)

Kaaki Sattai is average.Anirudh's music and Siva Karthikeyan only plus.Even comedy was not upto the mark. (more)

Very average film.. Not upto the build ups created... Ani's BGM is only solace for us... (more)

Performance - Siva has made a good transition into an action hero shedding away his regular easy going roles. He has done a commendable job. Sri Divya has limited scope and she has done well.Vijay Raaz as the villain has done a decent job but he is not threatening enough for us to accept him.Prabhu and Imman Annachi have done a very good job in supporting cast. Technical Department - Cinematography by Sukumar is very good.His song picturisation needs a special mention. Anirudh's songs and bgm is the highlight of the movie.Siva's screen presence with Anirdh's BGM takes the cop scenes to the next level.Editing team has done a decent job. Review - Kaaki Sattai(KS) ia a action comedy film targeted at the masses.If the director's sole motive was to entertain us he has done a fairly good job.The 1st half is average with decent comedy and too many songs.Since the songs are good and picturised well it does not do great damage to the screenplay.Siva's dialogues are very entertaining and massy , will make a great impact.The oneliners are very good. The interval scene where the hero finds the organ trade issue and the fight sequence that follows ends the average half on a high note. KS makes a smooth transition into action mode in the 2nd half.The movie becomes more engaging and siva's scenes are brilliant. Though the comedy scenes with Mano Balo hamper the otherwise racy screenplay. The villain(Vijay Raaz) has done a decent job but his character does not give us enough thrill and fear. There is no originality in the script which is a big minus,the film gives a "idhu engayo pathamadhiri iruke" feeling. On the whole KS is not a singam style cop movie which pumps up your blood in each scene but a movie that will keep you entertained till the end, thanks to sivakarthikeyan.The director could have done a better job with the screenplay though. Rating - 6.75/10 High on entertainment Low on content!!!! Verdict - Kaaki Sattai is Siva style movie which does not offer much with the story but will entertain everyone for sure. The movie is a treat for commercial movie lovers but for those who seek something new KS is not for you. p.s:I cannot understand why Siva has used dialogues and scenes of all lead actors like vijay,Ajith,Surya and Superstar Rajinikanth rather than doing something original to treat his fan base.I don't think this is good for a star who is growing with each and every film as it could warrant unwanted criticism of him. (more)

Worth a watch..Siva's transformation into mass hero is acceptable..Good screen presence..Developing his skills in evry movie..Hats off Siva :) Anirudh and Sukumar has done brilliant job in their department..predictable mass commercial entertainer.....Sure shot Hit in all centers ...... (more)

Entertaining movie for all type of audience. Siva have improved so much and this man is fit for a mass movie.The haters of siva will accept after watching this movie (more)

ok movie watch for aniruth only . not suited for sivakartigayan.. duraisenthil screenplay is good. (more) 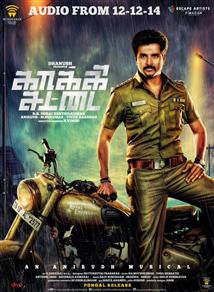