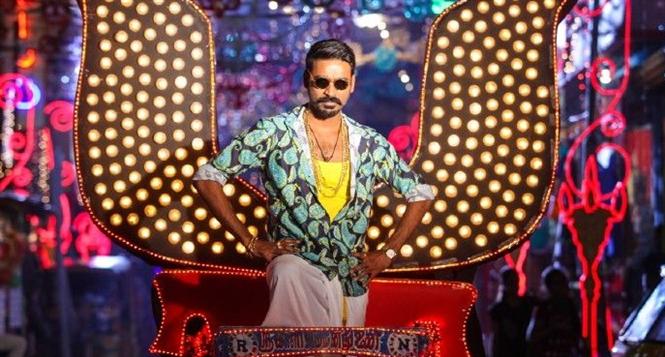 A hero worshipping mass masala - sounds the last thing that you might encounter from someone who had made Kaadhalil Sodhappuvadhu Eppadi and Vaayai Moodi Pesavum. But Balaji Mohan wants to prove otherwise.

A local don who has had it easy all the while faces his nemesis in the form of a police officer.

Dhanush swaggers along with panache. Maari requires its hero to deliver to stay afloat and Dhanush succeeds it with aplomb. Robo Shankar is the other person who keeps infusing spirit with his unique comic timing sense in an otherwise mundane narrative. Vijay Yesudas looks the part as a scheming personality. But that is only a part in projecting a successful villain in a larger than life cinema. Merely casting an unknown or surprise package does not mean a victory in itself.

The BGM keeps pounding ‘Maari’ in your ears at every given opportunity. It does give a momentary adrenaline rush at times. The songs too follow a similar pattern of a well-orchestrated din.

Commercial cinema is no joke. Irrespective of how it is looked at it is not just a simple amalgamation of song, dance and fight. In a recent interview Balaji Mohan had said that Maari was a character driven film and not plot driven. For this to succeed you have got to either love,hate or invest your time in the titular character. Maari does this only in parts. On the one hand the director has tried to maintain that his ‘hero’ is a bad man who does not feel the need to change. On the other hand you have a scene which tells us why Maari became bad and lamely tries to justify his actions. Maari hence falls in no man’s land.  It merely ends being a film that purely rides on gimmicks and the screen presence of it’s hero. Cigarette is flipped, BGM soars high in loudness, hero walks along in slo-mo and speaks loads of punch dialogues. These should accentuate the scene that just played and drive it to the gallery. But in Maari the entire focus is only in these aspects. Furthermore all these are there in the trailer itself!!! And when bombs blast and make piles of fire just to make way for the hero’s entry in the climax it has reached a point of no return. Not that this should not be done. But atleast a second should be dedicated to show how these flames came up all of a sudden. You are not expecting intelligence from a masala film. But you definitely would not mind some common sense.

Maari is a 138 minute extended version of it’s trailer that focused entirely on the machismo of the hero. Excuse a couple of crowd pleasing moments and what remains is a watchable fare strictly for the fans. 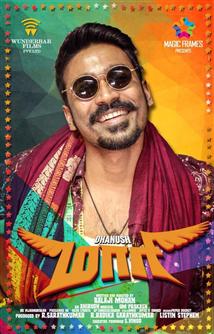