Simha who played a prominent role in Jigarthanda signs up his next movie. The movie has been titled as Urumeen. The movie will be an action thriller and Simha does the lead role in the movie.  Though he performed few roles in Neram, Soodhu Kavvum and Pizza the character 'Assault' Sethu in Jigarthanda brought him under the spot light. 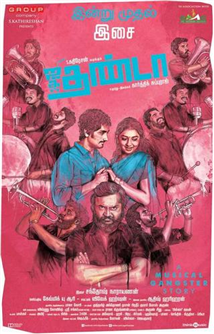