Parthiban's Kathai Thiraikkathai Vasanam Iyakkam was initially slated to release on Aug 1st. Due to Sarabham and Jigarthanda releases the director of KTVI decided to release his movie later this month on Aug 29th to allow the other movies to share screens among them. But on the same weekend Salim, Madras and couple of other movies are planning to release. To avoid clash in the box office Parthiban plans to prepone the movie to August 15th along with Suriya’s Anjaan.

Kathai Thiraikathai Vasanam Iyakkam stars newcomers in the lead roles and popular K-Town actors Arya, Amala Paul, Vijay Sethupathi, Prakash Raj, Vishal and Taapsee Pannu have done special cameo appearances. KTVI is directed by R.Parthiban. Background Music and one song composed by Sathya. Shareth, Alphons Joseph, Thaman and Vijay Antony are other music directors composed one song each. The film comes with a tagline - A film without a story. 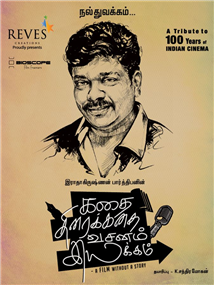