Appuchi Gramam directed by Vi Anand, an associate AR Murgadoss, is a science fiction drama set in a village. The teaser of the film had received good response from the audience. The audio and trailer of the film is set to be launched tomorrow (May 4) at Sathyam Cinemas. 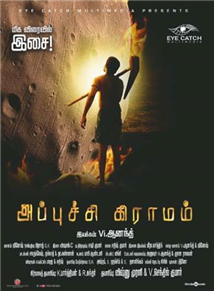