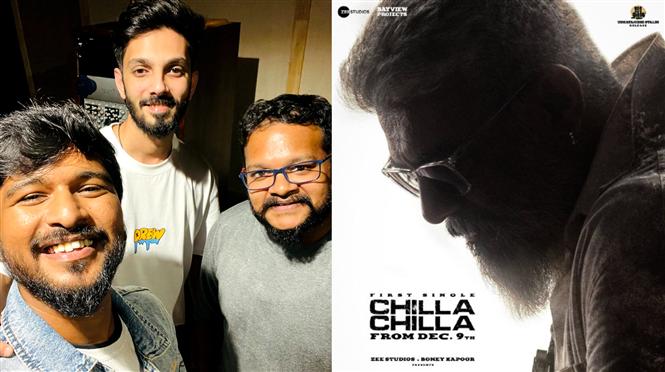 The first single Chilla Chilla from Ajith's upcoming movie Thunivu is gearing up for a release tomorrow on Zee Music's YouTube channel and at this time, the team has reiterated how it is gering up for a 'double celebration' on December 9, 2022. Thunivu has music by Ghibran and the it is the composer's 50th movie. So along with the first single release, Thunivu makers are also looking to celebrate the first song from Ghibran 50.

Chilla Chilla is sung by Anirudh and has lyrics by Vaisagh. An intro snippet from the song was leaked a few days ago online, both to the chagrin (because of the spoiler) and satsisfaction (because they liked what they heard) of fans.

Thunivu is a commercial entertainer surrounding the theme of heists, banks and money, and is written and directed by H. Vinoth. Also starring Samuthirakani, Manju Warrier among others, the film is produced by Boney Kapoor and Zee Studios and will be released in Tamil Nadu by Udhayanidhi Stalin's Red Giant Movies. Thunivu is expected to hit theater screens for Pongal in January, 2023.