Vadhandhi: The Fable of Velonie Review 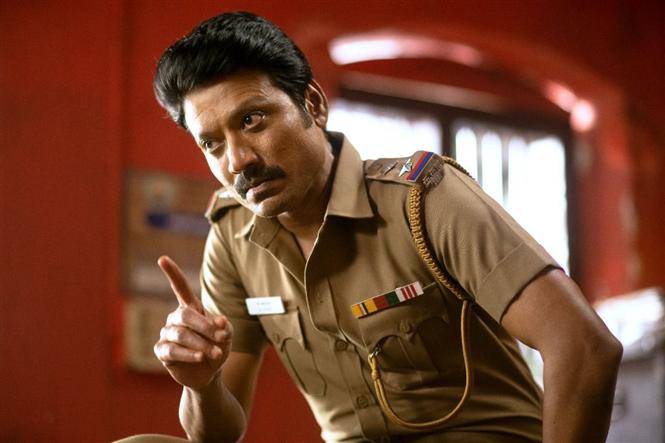 Vadhandhi: The Fable of Velonie Review

Andrew Louis’ Vadhandhi is a whodunit set in Kanyakumari around the murder of a young girl named Velonie. As the title suggests, the series is built around rumours surrounding this murder. The rumours aren’t so much about who killed Velonie as they are about her character. The basic intention or idea behind Vadhandhi is to expose the societal mindset that reduces a woman to her romantic or sexual life. Or simply put, as in this case, the murder of a promiscuous woman would mean that the society thinks that she got what she deserved. So how good or bad is Vadhandhi? It can be seen in two ways. How good is it as a thriller in keeping us engrossed? How effectively does it put across the intended message? Ideally it should have scored on both counts. Firstly, I really think your response to a series depends a lot on how you consume it. Binge watching a series that runs more for than 6 hours is bound to be a little laborious. So, this is a disclaimer. But then, was it laborious solely because of a certain compulsion to watch it in one go or was it laborious because the series sort of loses its grip over you? My experience with Vadhandhi was a bit of both.

Vadhandhi gets on track right away with the very first scene of the first episode. It has a pretty predictable start for a whodunit with a corpse being found and the police trying to decipher the identity of the corpse. Vadhandhi doesn’t run at a breakneck speed. The pacing is quite deliberate, and the intention seems to get us invested with the characters and soak in the ambience. To be honest, the results are a mixed bag at best. There is a sense of alienation right from the beginning. Everything gives you a sense of ‘it is made up’. This starts right from some of the performances. What also sort of put me off was that everything on screen was so bright and neat, the kind of visuals that you get in a paint commercial. The ‘Angel Lodge’, which is a crucial part of the story, being pristine makes sense. But even a dilapidated cave like place deep inside a forest, looks like one of those neatly done Chrismas cribs that we can find in a corporate space.

For an 8-episode series, it is pretty much a given that the killer is going to be revealed in the final episode or at the maximum an episode earlier. So, this ploy of having certain episodes to divert our attention and confuse us, isn’t really going to work unless there is something very compelling. Some of the diversions work for a while, but even they come across as forced for shock value. The other main issue is that the investigation by Vivek (S.J. Suryah) doesn’t have anything intelligent for us to be hooked onto. Most of it is based on statements given by various characters. But the very aspect of Vivek zeroing on the killer using his intelligence never gets going. S.J Suryah is good. It is a welcome departure from his usual over the top style. But his scenes involving his family don’t add much. There is this final dialogue about how he wants a daughter. This fits into the overall scheme of things but otherwise our emotional investment with scenes involving him and his wife isn’t great.

Much like Suzhal, which was again produced by Pushkar-Gayathri, Vadhandhi too has an important message. If the former was about how preconceived notions are to be done away with, Vadhandhi deals with how society views women almost solely based on their sex life. The message is great, and it surprisingly doesn’t villainize a woman for seeking ways to meet her physical needs. In fact, Vivek explicitly states, that it is her personal choice and nothing for others to comment on. But a lot of choices in the series remain questionable? Vandhadhi wants us to empathize with Velonie and narrates the story through the viewpoint of a voyeuristic society. Even then, the constant leering at her comes across more like an attempt to titillate, especially the episode that is narrated through the POV of her ’supposed’ lover. Also, while this might not have been the intent, the fact that we are made to feel bad for Velonie, because she was slut shamed, despite possibly being a virgin, kind of defeats the whole point, right? And the scenes involving few young IT professionals to make a point about the male gaze is downright amateur.

Vadhandhi has an important point to make and remains watchable for the most part. But it neither keeps us at the edge of the seat as a thriller nor does it achieve the emotional highs it aspires for. The job is only half done either way.

Vadhandhi: The Fable of Velonie – A mixed bag at best!