Poikkal Kuthirai Review - The story limps through its runtime! 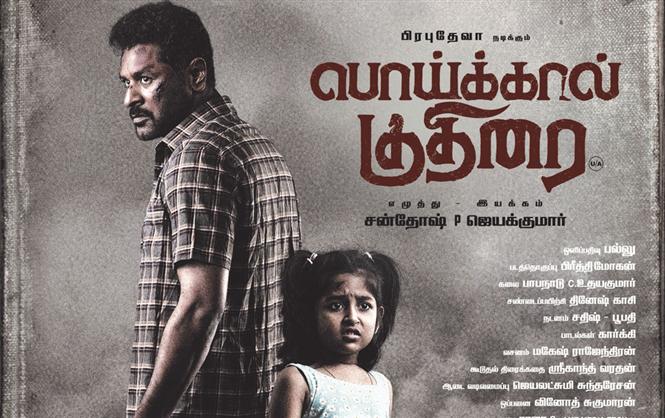 Poikkal Kuthirai is a thriller from the Iruttu Arayil Murattu Kuththu fame director Santhosh P Jayakumar’s writing table. The director consciously moves away from his trademark genre of adult comedy to a thriller that can be comfortably viewed by a family audience.

Poikkal Kuthirai features Prabhu Deva in the lead as a handicapped man with a prosthetic leg to justify the choice of the title. Prabhu Deva tries to drive the film forward as single-handedly as possible. This weightage given to his part weighs him down at parts while letting him flourish in a few.

Like the popular Tamildialogue, “Kannadiya thirupuna epdi jeeva auto odum” {loosely translated as - how will the rickshaw run if you fixed the rearview mirror) the way Kathiravan, the protagonist gets introduced to the main conflict is illogical and baseless. This reflects the filmmaker’s lack of maturity or seasoning as a writer. The restricted thought process and the subsequent limitations in the narration make it difficult for a viewer to stay engaged with the story.

The child artist who plays Magizh performs well and does manage to evoke the “cuteness” she’s bound to bring. Vara Lakshmi as the other major character does her job functionally and one still struggles to keep up with her speedy dialogue delivery.

Actors like Raiza Wison, Jagan, Prakash Raj, and John Koken present a neat work. D Imman’s songs do remind you of his tunes from the past. The RR work is only subpar and although it did hold the potential to make the film better.

The film tries to use fragments of irrelevant intro tracks to establish the protagonist which could have been achieved in the course of the narration of the actual story. At parts, the film also cries for help as it seems to move in a directionless manner. Despite the availability of resources like actors, technicians, and runtime a lot of the conclusion is a monologue narration of individual characters that may remind you of your college lectures. It is lengthy and lacks meat.

To sum up, Poikkal Kuthirai seems like a rushed script that came to the shooting floor even before it reached its fine-tuned version on the writing desk. 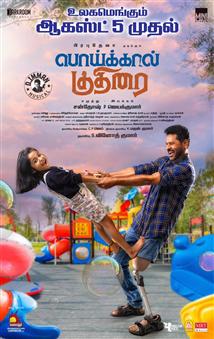