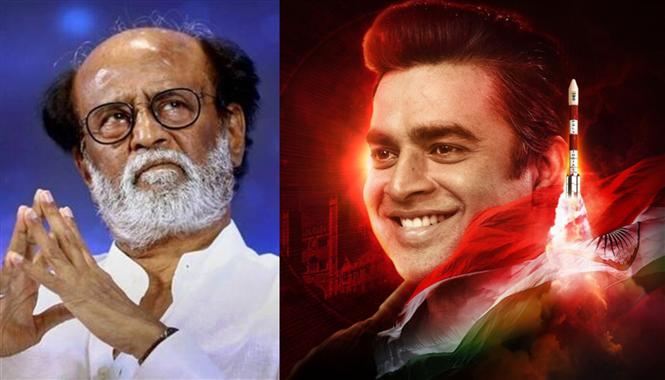 Tamil superstar Rajinikanth took to twitter today to send a note urging everyone to watch actor Madhavan's latest release Rocketry: The Nambi Effect. The film is a biopic on ISRO scientist Nambi Narayanan who was falsely accused of espionage in 1994.

How the accusation turned his world upside down and his phenomenal journey until then is showcased in the movie. R. Madhavan turned first time director with Rocketry and this is what Rajini had to say about both the film and Madhavan's contribution to it:

"Rocketry is a must watch movie for everyone - especially the youth. By realistically showcasing the story of Mr. Padma Bhushan Nambi Naryanan who suffered many hardships and made sacrifices for the development of space research of our country, Madhavan has proved himself to be at par with the best directors, in his first film as a director. My thanks and appreciation to him for giving such a movie."