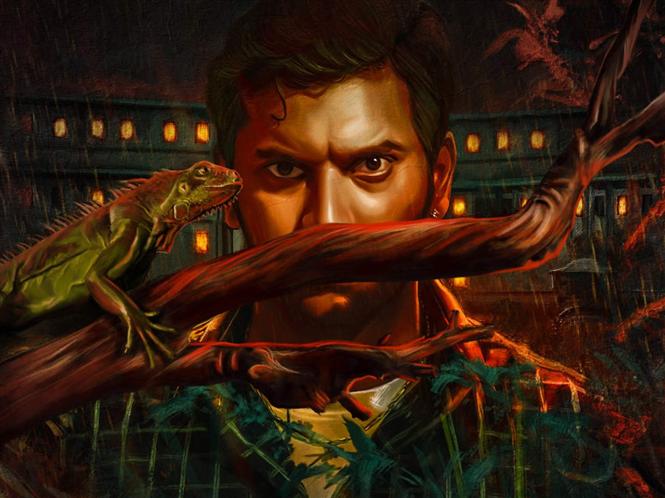 Actor Arulnithi’s next venture is the college based, psycho-thriller film titled D Block. Directed by Vijay Kumar Rajendran and produced by MNM Films, this story happens in a particular block of a college situated within a forest area. Has this D Block kept its audiences hooked?

Arulnithi plays an Engineering college student who is a typical, happy go lucky guy with a set of friends in a hostel. They have a very template set of sequences to showcase college life and all of this happens across a large part of the first half. There are 3 friends, 1 heroine (Avantika Mishra), a girls hostel, a strict warden, some rules and so on that form the majority.

Now, the plot actually revolves around mysterious deaths in a girls hostel (D-Block) at night, when these girls venture out to the terrace or corridors. Who is responsible for these deaths and whether it has any connection to the college itself is a question that gets an answer eventually. Arulnithi, with his set of friends set out to solve this mystery and whether they are successful in finding out the same forms for the rest of the story.

As much as this sounds like ample space for a nice thriller, the film D Block has a 50:50 ratio of sequences that happen during the day and night. The problem is, all the scenes that have been written for the day, seem to be either romance or comedy portions and the night sequences deal with the mystery and murder. This dilutes the entire movie and makes it a half measure kind of an attempt right from the word go. By the time we get to the crux, it just seems too late to rekindle the interest that might have been lost halfway.

For the performances, we have Arulnithi in his usual element. He does well in the thrilling portions but one might question the romance and college portions that form for a chunk. The friends (Vijay and Adithya Kathir) barely seem funny and the romance is quite artificially portrayed. A few one-liners work here and there and most of the sequences in the college seem forced. Uma Riyaz as the strict warden is alright and none of the other performances leave any sort of impact. Ramesh Khanna gets a scene or two to perform and so do a few others.

The biggest advantage this film could have is its duration (136 minutes) and a few interesting parts of the second half that involve the antagonist and the mystery behind him. However, even these portions could have been more elaborate and the flashback could have been more intensely shot. One might wonder how this sort of a storyline had so much deviation in the first half. There cannot be a breather every now and then in a thriller, in the form of commercial comedy and romance as it makes the whole experience shallow.

Technically too, D Block is below par one would say. The cinematography seems hurried and the editing by Ganesh Siva could have been crisper. Music by Ron is functional and is not on par with his previous works like Game Over.

Overall, D Block is a very ordinary attempt at making a psycho-thriller by a team of Youtubers. In fact, a large part of the picture seems like a sketch video with amateur making and performances and this is a root cause for the lack of an impact. One might wonder why the animated flashcut that involves the life of a troubled antagonist (15 year old psycho), did not find a place in the film as stand-alone scenes, as these could have actually been the scenes that built it up for the thrills.

D-Block fails to land the right punches and fizzles out midway! 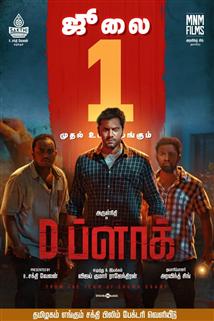