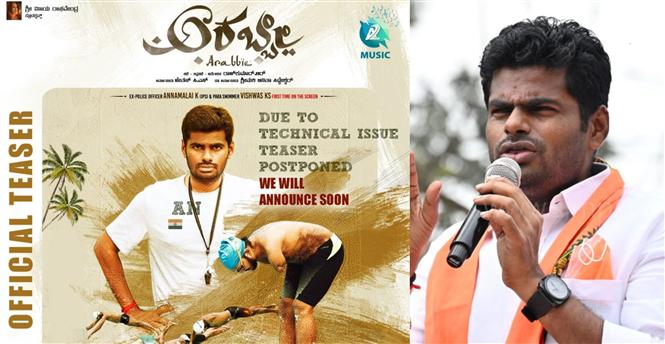 Arabbie is an upcoming Kannada movie which is based on the real life of a paraplegic swim athlete named Vishwas and it has been revealed that Tamil Nadu's BJP state president Annamalai has turned actor with this movie. Reportedly, Annamali has just charged Re. 1 as his fees for working as a swimming coach in this film, and a teaser for Arabbie is expected to be unveiled soon.

Vishwas was 10 years old when he was accidentally electrocuted at the construction site of his residence. Vishawas' father tragically died trying to save his son whereas he ended up in a coma. Vishwas had lost both his hands when he regained consciousness but went on to train in Kung fu, dancing and swimming after that.

Arabbie is directed by Rajkumar and produced by Srivijaya Raghavendra Productions.