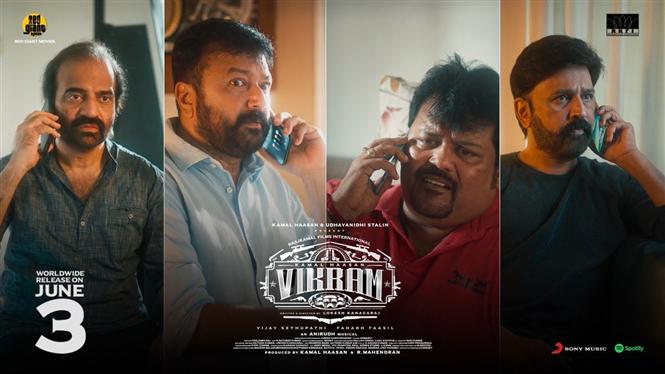 Panchathanthiram is a cult Kamal Haasan comedy that released in 2002 and the Ulaganayagan famously co-starred with actors Yugi Sethu, Jayaram, Ramesh Aravind and Sriman in the movie. The Panchathanthiram gang minus Kamal Haasan have now reunited 20 years later for a hilarious promo for Haasan's upcoming release Vikram.

Vikram director Lokesh Kanagaraj unveiled the video on his social media platform and in it the gang hilariously mistake Vikram for 'Ram', the character Kamal Haasan played in Panchathanthiram. Their mention of Ram not being in touch with them for 5 years has also sparked rumours of Panchathanthiram 2, though signs of a sequel seem bleak at this point.