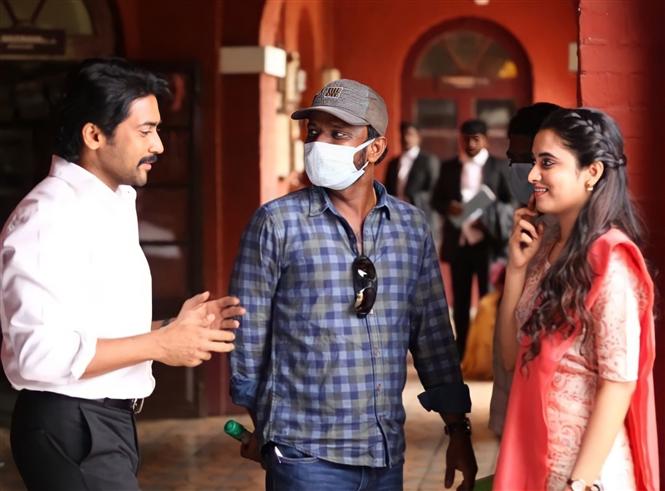 Actor Suriya is all geared up for his next release, Edharkkum Thuninthavan which will hit screens in the month of February, if the pandemic scenario turns back to normal. Now a shooting spot still from the sets of Etharkum Thunindhavan has been released which suggests that the actor plays a Lawyer in the movie!

Suriya's last release Jai Bhim too, had Suriya playing the role of a lawyer. However, a little birdie tells us that unlikeJaibhim, ET will be more of a family based, Action-thriller drama, focused for all types of audiences!

The film has music by D Imaan and cinematography by Rathnavelu. Ruben takes care of the editing! Stay tuned for more updates.