Maanaadu Review - Worth Watching, Even In Loops! 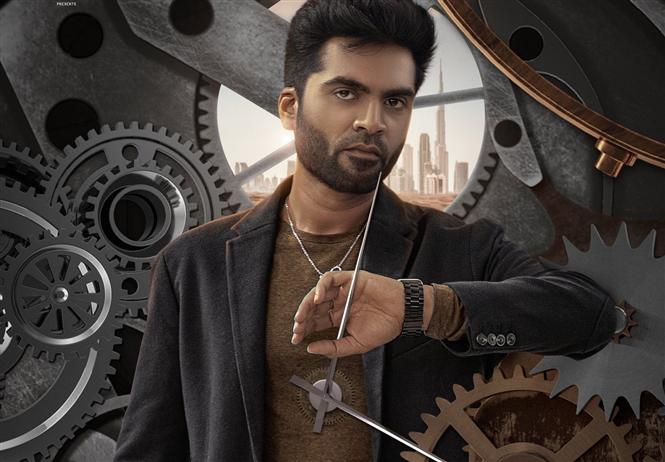 Maanaadu FDFS Review -  Worth Watching, Even In Loops!

Maanaadu is a Political genre film directed by the trendy filmmaker Venkat Prabhu. The film stars STR in the lead role while excitingly SJ Suryah playing the villain. The movie also features Kalyani Priyadarshan, Premgi Amaran, SA Chandrasekhar, YG Mahendran, etc in notable roles. Interestingly, the complex time-loop concept drives the story, being one of the main reasons for the flick's tremendous pre-release buzz, did it fulfill the hype created? Let's jump into this review to check it out.

STR lands in Coimbatore from Dubai, he is here to attend one of his friend’s wedding. Post that, the hero is forced to murder the Chief Minister of Tamil Nadu and eventually he is being encountered by the Police for the crime he committed. But he survives by getting stuck in a time loop. What’s the purpose behind this complexity, how the characters evolve, how the happenings change in every loop, and finally where it ends forms the remaining story.

Delivering a solid time-loop flick with all the necessary goods is truly a Himalayan job, the hard work of director Venkat Prabhu and team is so evident on-screen. The writer Venkat Prabhu has worked with full clarity and the detailing he has provided to present this film is immense. The strain to convey a high concept in the easiest possible way has paid-off as the film is bound to cater to all class audiences. Complex stuff is smartly simplified here with apt sequences. The choice of scenes is very interesting, the screenplay is very faithful to the treatment and at the same time it is commercially enjoyable. It is an out and out Venkat Prabhu’s smart game, especially in the second half. He has sincerely penned and executed scenes that would cheer up the viewers and thus the theatrical experience metre is on the perfect level. Plenty of memorable portions flow throughout, if the moments are clap-worthy for SJ Suryah, then there are quite a few solid places that are whistle-worthy for STR. The face-off scenes between the hero and the villain blending the situation are crazy. The screenplay is mostly engrossing, maintains the what-next curiosity and gives an exciting fitting reply too. The centre theme of the film, which is the political drawback, the reasoning is usual and thin. But the idea of bringing in the community-attack topic is bold and beautifully told. Trying to give a justification for the happening of time-loop is appreciable, but it isn’t so pleasing. A crucial plot-point at the halfway Mark that sets up the whole latter half is conveniently made. And, the climax could have been better as it felt it wasn’t as strong and enjoyable as the rest of the movie.

STR stays focused throughout, he gets his cheerful moments but that’s all blended well with the script. His presence is neat and the characterization is strongly built as the protagonist’s destiny stands tall. Look-wise there is a slight continuity issue in a couple of places, but otherwise he’s completely fine and back. Also, terrifically performs an emotional scene towards the end. SJ Suryah on the other hand is menacing and mesmerizing. He gets a hero-like treatment with coolers, cigarette and slow-motion walks with mass music. Seeing him play a scopeful role is such a joy, he has hit it out of the park with his facial expressions, body language and dialogue modulations. And, his trademark powerhouse way of emotions clicks instantly with apt situations. Not only the leads, there are also other side characters who have gotten proper and purposeful roles to play. Arvind Akash,YG Mahendran, SA Chandrasekar, etc… worthy supporting artists who drive the story forward. Infact, a sequence towards the end between STR, SJ Suryah and YG Mahendran is an absolute riot on the big screens. Even Kalyani Priyadarshan, Premgi and Karunarakan have been utilized decently to an extent, though their acting isn’t any impressive.

First and foremost, it is Praveen KL’s 100th film as an editor and he’s still not out. He is one of the pillar-of-strength for the movie to have got such a crowd-friendly. It’s a very difficult film to process and present, the editor has literally played in his own style to engage the audience in the edge of their seats. Smart collective decisions have made the experience more relatable and delightful. Completely no confusion with respect to the high concept and story flow. The main highlight is that the cuts have also been used as a tool to deliver this as a commercial flick. Cinematographer Richard M Nathan’s camera work is a great value addition to the subject as he has brought in so many different angle of shots for the repetitive loop scenes taking place at the same locations. Yuvan Shankar Raja’s songs are just average even to watch along with the picture, thankfully just one dance number. But he strikes with some fine piece of work in background score, helps in improving and elevating the situations. Stunt Silva’s action choreography is a letdown, given the scope, he could have made the fight sequences so much more exciting than it was.

Trendy director Venkat Prabhu proves his mettle again by coming up with an experimental high concept entertainer that’s delivered in a simplified manner. A smartly packaged commercial crowd-pleaser, sets fireworks on-screen and takes us back to the crazy Diwali mood.