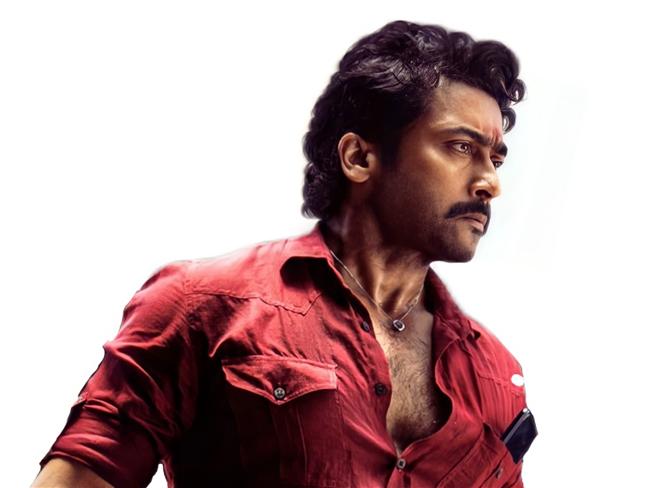 Back in July, it was revealed that Etharkkum Thunindhavan (ET), Suriya's upcoming movie with director Pandiraj, will be highlighting the 2019 Pollachi incident, which brought to light the targetted preying, assault and blackmail of women in Tamil Nadu. It was also said that Suriya's character will be seen taking on a crime ring, that indulges in such activities.

Now we learn, Suriya's character engages in fighting villains only during the night [which explains most of the dark promotional material], and by day he leads a normal anonymous life. Produced by Sun Pictures, ET is scheduled to release in theaters on February 4, 2021.

The movie has D. Imman for music and also stars Vinay Rai, Sathyaraj, Rajkiran, Saranya Ponvannan, Soori and MS Bhaskar among others.