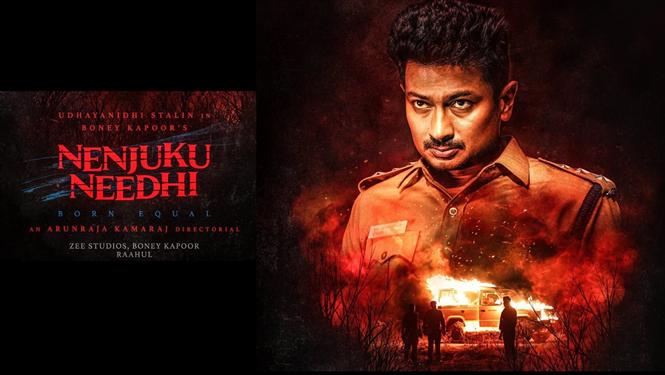 Article 15, Anubhav Sinha's acclaimed caste-based crime-thriller is coming to Tamil with Udhayanidhi Stalin in the lead and the remake's title was revealed today to be Nenjuku Needhi. Along with the first look poster, a motion poster video was also unveiled with Dhibu Ninan Thomas' music in the background. 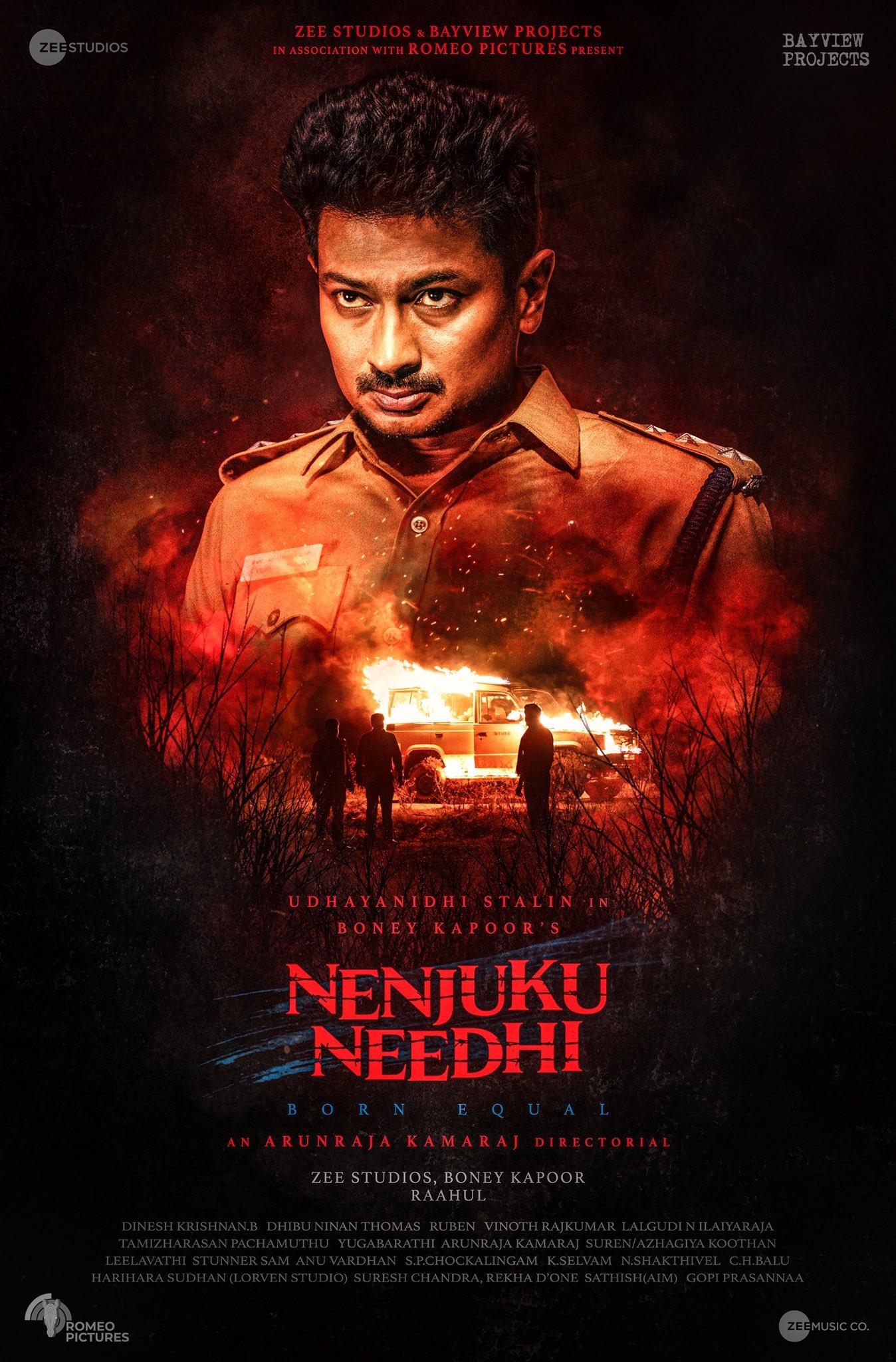 Nenjuku Needhi will see Udhaynidhi Stalin play an upright city-bred police officer, who launches an attack against the caste system after caste-based discrimination and other crimes are dismissed in the rural area he is posted to.