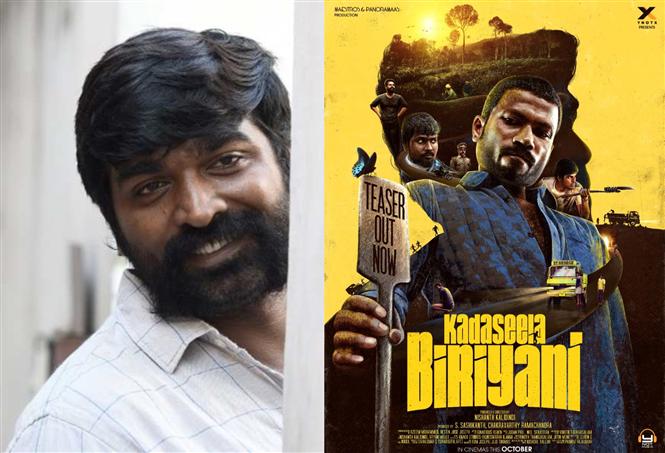 YNOT X which has presented movies like Vijay Sethupathi's Super Deluxe (2019), Dhanush's Pakkiri (2019) and will be presenting Ranveer Singh's 83 in Tamil has announced a new release. Kadaseela Biriyani is the story of three brothers and their journey for revenge and the teaser of the movie was unveiled today.

Actor Vijay Sethupathi has lent his voice as the narrator of the film which stars new faces like Vasanth Selvam, Hakkim Shah, Vijay Ram among others. Kadaseela Biriyani is directed by Nishanth Kalidindi, who is also one of the producers of the film.

The movie hits theaters screens in October, 2021 and has Judah Paul, Neil Sebastian for music, Vinoth Thanigasalam for background score, Azeem Mohammed, Hestin Jose Joseph for cinematography and Ignaitious Aswin for the edits.