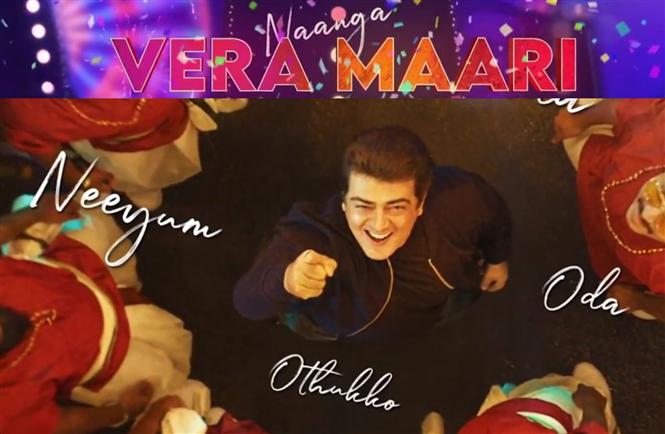 Naanga Vera Maari, the first single from Ajith's upcoming movie Valimai has been released. A massy folk number composed by Yuvan Shankar Raja, Naanga Vera Maari was picturized on Ajith in Hyderabad almost a year back and now a lyric video of the same has been unveiled.

The song has been crooned by Yuvan himself along with Anurag Kulkarni; Director Vignesh Shivan has penned the lyrics. Sony Music South holds the audio rights to Valimai, which is directed by H. Vinoth and produced by Zee Studios and Boney Kapoor's Bay View Projects.