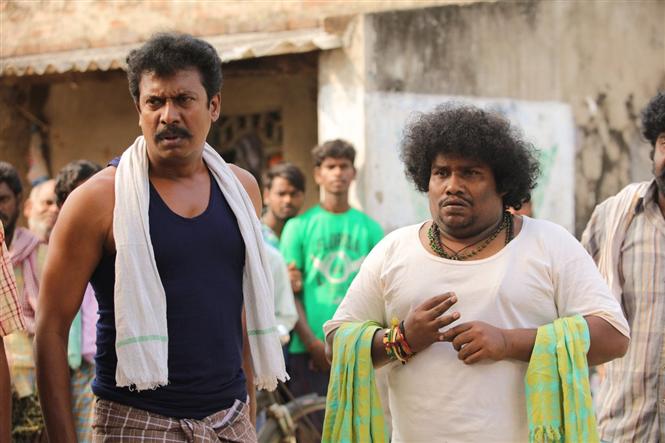 Yogi Babu starrer Mandela and Samuthirakani starrer Aelay were two of the many Tamil movies that skipped theatrical release this year. However, they took an unique approach of premiering on Vijay TV first and then making their OTT debut on Netflix.

Now, another movie starring Samuthirakani and Yogi Babu is taking the same route; Vellai Yaanai directed by Subramaniam Siva will be premiering directly on the Tamil channel Sun TV first. The film will then be made available to stream on the OTT platform Sun Nxt.

Produced by Vinod Kumar's Mini Studios, Vellai Yaanai is touted to be a movie about farmers and has Santhosh Narayanan for music. The film also stars Aathmiya, Saranya Ravi, Bava Chelladurai, SS Stanley, E Ramdoss and Moorthy among others.