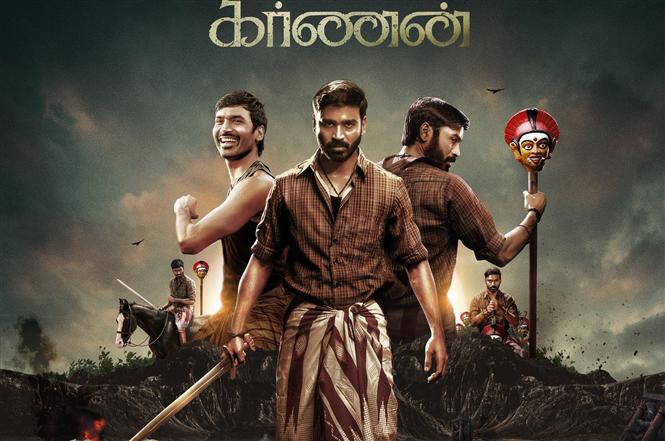 Earlier today, the Tamil Nadu state government threw a wrench in the release plans of Dhanush's Karnan when it announced that movie theaters in the state will be allowed only 50% occupancy starting April 10, 2021. However the opening day of Karnan i.e April 9, 2021 (tomorrow) might witness a full-house or so suggests the on-going demand for the movie's tickets.

As promised #Karnan will arrive to theatres tomorrow. As per the need guidelines of our Govt #Karnan will be screened with 50% capacity in theatres along with proper safety measures. I kindly request everyone to provide your support for #Karnan @dhanushkraja @mari_selvaraj

Tunes that will have you hooked !!#Karnan - Full Album Out Now on all your favourite music streaming platforms💥

This aside, the full music album of Karnan was unveiled by Think Music India on several digital music platforms and some these include Apple iTunes, Spotify, Gaana, Raaga, Jio Saavn, Resso among others. Directed by Mari Selvaraj, Karnan is an action drama set in Tirunelveli and the movie has Santhosh Narayanan for music.