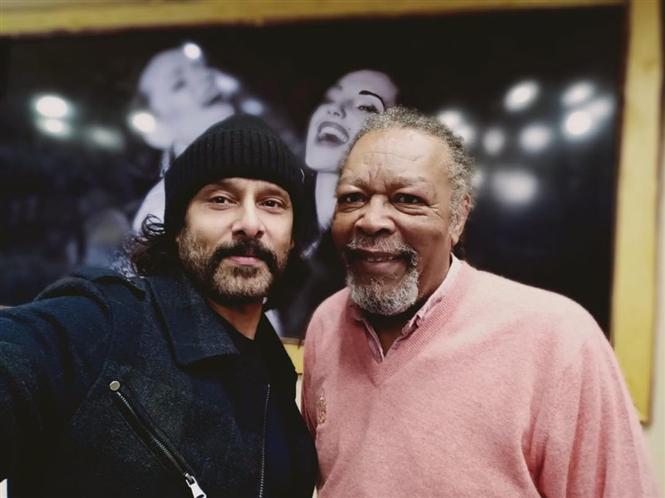 Recently, Cobra director Ajay Gnanamuthu updated via his social media page that that team has wrapped its schedule at Russia and are back home after shooting in extreme cold conditions. While the director of Vikram's film lauded his cast and crew for co-operating despite the weather, social media was also abuzz with actor Lloyd Collins' recent tweet about Vikram.

Llyod Collins, a professional Morgan Freeman double plays a small role in Cobra and he took to twitter to state that he had fun working with the film's lead Vikram.

It was great fun working with Vikram he was a perfect gentleman. https://t.co/aVqdKm0md9

A spy thriller, Cobra has Vikram playing a genius mathematician who uses numbers for crimes and cricketer Irfan Pathan, an interpol officer who is on a mission to catch him. The film has A.R. Rahman for music and also stars Srinidhi Shetty, Miya George, KS Ravikumar among others.