Busiest music composers of K-town in 2021! 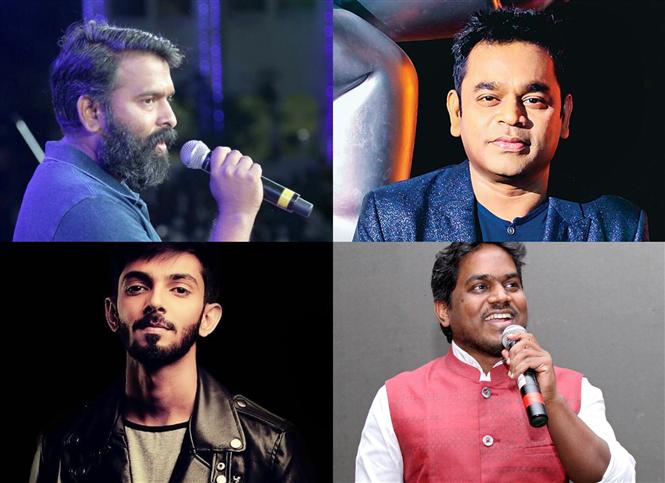 Music composers in Tamil cinema are known to be wary of taking up too many projects at once; reasons for the same range between not wanting to sound repetitive and putting in the effort to give their audience something new. But COVID may have shook things up a bit, for we see the current scenario in Kollywood is far from that.

Atleast four composers in K-Town are lined-up with unusual number of musical projects. Production delay caused due to the pandemic aside, these composers have also ended up taking quite a few number of ones since the film industry got up and running again.

A typical musical year for Rahman consists of a mix of International, Bollywood projects and 2-3 Tamil movies a year. His Tamil musical releases in 2021 may be higher than any other year though. Rahman is expected to release music for Tamil movies Navarasa, Cobra, Ayalaan, Ponniyin Selvan and his latest additions Pathu Thala and Nadhigalilae Neeradum Suriyan this year.

Other than this, music from his other-language movies like Atrangi Re (Hindi), Pippa (Hindi), Aadujeevitham (Malayalam) and No Land's Man (English) is also expected in the upcoming months.

Anirudh is another composer whose musical releases in 2021 will be higher than any other in his career. While Doctor is headed for a full album release soon, his compositions for films such as Indian 2, Kaathuvaakula Rendu Kaadhal, Don, Thalapathy 65, Vikram and Chiyaan 58 is expected to release in full or in parts this year.

Also in the top league in Tamil music scene this year is Santhosh Narayanan with his two big musicals - Jagame Thandhiram and Karnan. The composer who has had limited releases in the last two years, is expected to unveil music for three other Tamil movies - Kasada Thapara, Vellai Yaanai, Andhagan and one Malayalam movie titled Anweshippin Kandethum.

Composer Yuvan Shankar Raja who went dormant in 2020, started off 2021 with Kalathil Santhipom and Chakra. His music for Ajith starrer Valimai and Simbu starrer Maanaadu are highly anticipated.

The composer had a phenomenal album with Soorarai Pottru last year and he is expected to follow that streak with films such as D43 (Dhanush-Karthick Naren film) and Vaadivaasal.

G.V. Prakash starrers like Jail, Bachelor along with a couple of other delayed projects may see music releases from the composer as well.

The only big name who seems missing from upcoming musical projects is Harris Jayaraj. The composer's last release was Kaappaan in 2019 and there is no certainty about when his music for Vikram-Gautham Menon film Dhruva Natchathiram will be unveiled.