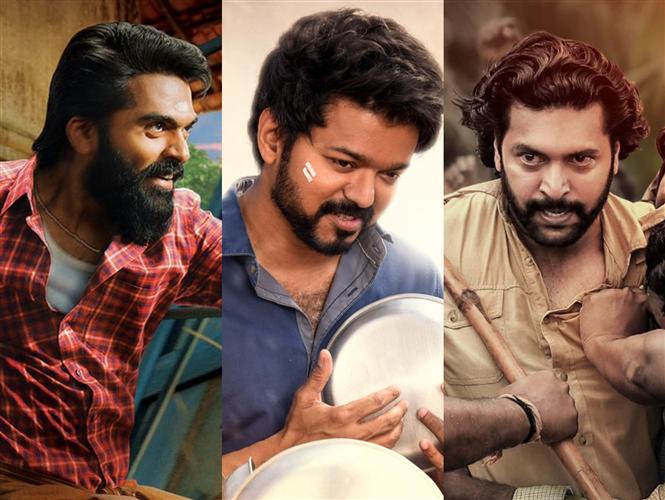 Festival releases have always been a big deal in movie theaters, and Tamil Nadu has been no exception to that rule. After a rather dull 2020 (no thanks to the coronavirus), cinema halls in the state are gearing up for a fresh start and the Pongal holiday in January is expected to aid them in the same.

Three new movies have confirmed that they will be releasing on Pongal and two of them are making their way to the big screen albeit only a 50% occupancy (COVID-19 protocols and what not). Here is a quick glance at these movies and where you can catch them.

Jayam Ravi plays a NASA scientist in this one, and he comes up with an agricultural revolution which he later tries to implement on land. However he is faced with real people (read corporate and political villains) and it isn't rocket science (pun intended) to understand that they are much more complicated than the dark vast expanse that is occupied by celestial bodies.

The movie, directed by Lakshman releases January 14, 2021 on the OTT platform Disney Plus Hotstar.

Vijay plays a rogue college professor named John Durairaj aka JD and all we know is that Vijay Sethupathi as Bhavani is the bad guy and Andreah has something sinister to offer. A typical festival entertainer, Master also stars Malavika Mohanan, Shanthanu Bhagyaraj among a plethora of other known faces and has catchy numbers from Anirudh to aid the movie.

It has been a while since Simbu did a folksy film like Kovil and Eeswaran promises to be once such movie. Eeswaran was begun and completed during the pandemic and is possibly Simbu's quickest film. It also stars Nidhhi Agerwal and Nandita Swetha with Thaman for music.