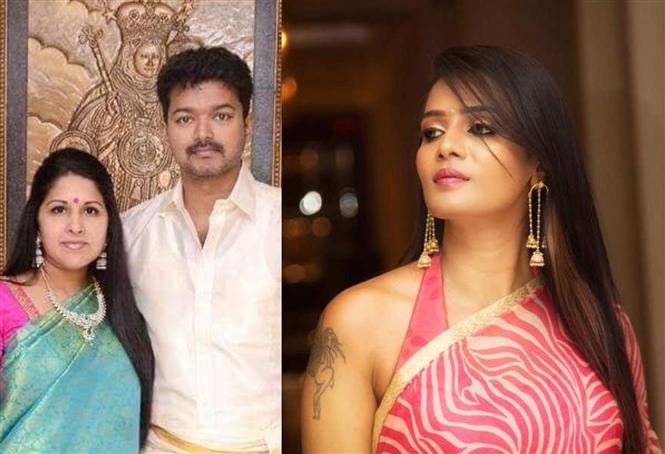 Actor Vijay and his wife Sangeetha were recently maligned on the internet (details here) by 8 Thottakal actress Meera Mithun who also had an infamous stint on the reality TV show Bigg Boss Tamil. While the actress claimed that her stance was a retort to Vijay fans getting abusive on her own social media posts, Tamil netizens were irked nevertheless.

Now, a police complaint has been filed against Meera Mithun on behalf of Pattukottai based fan club of Vijay's. The complaint requests that police action be taken on the actress and that she issue an immediate apology towards Vijay and his wife Sangeetha.