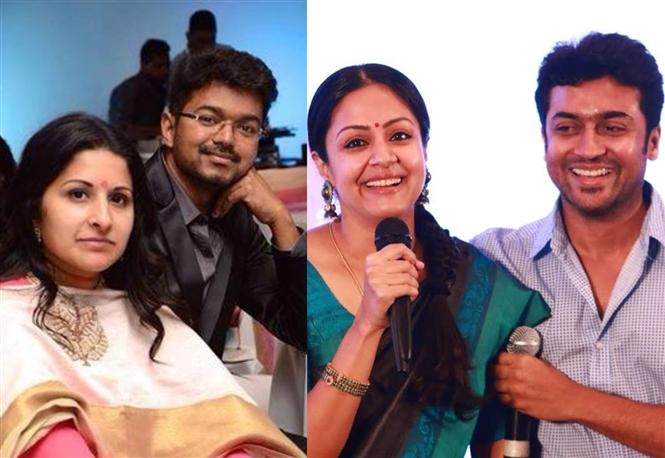 Actress and ex-bigg boss contestant Meera Mithun is infamous in the Tamil entertainment circle for her negative-publicity-seeking gimmicks. For a while now, Meera Mithun has put her twitter handle to extensive use for dragging top celebrities in Kollywood questioning their career credibility, accusing them of plagiarism and even comparing her non-existent achievements to theirs.

Miffed fans of these top celebrities have schooled the actress from time to time and it was through one of these instances that she ended up in a war of words with fans of Suriya and Vijay. However what has now gained the attention of the entire Tamil film fraternity is a video posted by Meera Mithun, where she character-assassinates the wives of both these actors.

In the pretext of warning Suriya and Vijay fans whom she claims have abused her endlessly, Meera Mithun started, "Jyotika's entry into the film industry was possible only because she was her sister Nagma's charity case". She said that in the event of further cussing from fans, she will not hesitate to use expletives for Suriya's wife Jyotika and Vijay's wife Sangeetha.

She even accuses Surriya and Vijay of hiding behind their fans and attacking her indirectly.  Full video here.