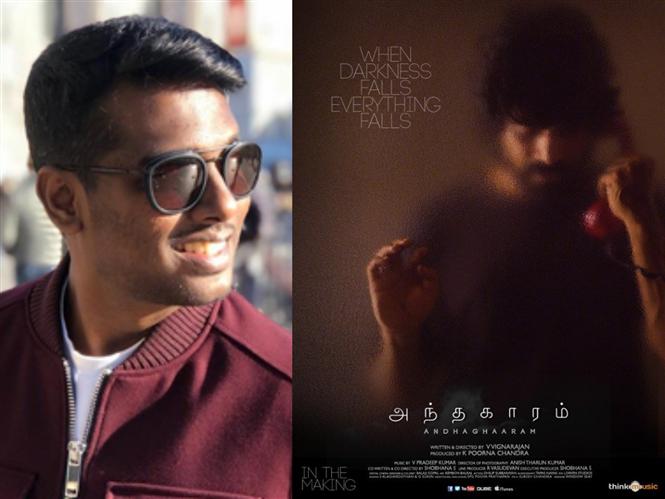 After director Atlee was named as one of the producers of the Arjun Das (Kaithi fame) starrer Andhaghaaram (trailer here), the movie gained prominence for its unique title which means a place where hidden treasures are kept protected by devils and ghosts. Now, it has been confirmed that Andhaghaaram directed by debutant Vignarajan will be the second Tamil film after Pon Magal Vandhal to release directly on OTT.

While the Jyotika starrer released on Amazon Prime Video, Andhaghaaram will premiere on Netflix, with an announcement on the premiere date pending. Touted to be a super-natural thriller, Andhaghaaram is said to revolve around a bunch of friends who embark on a journey to find out the hidden treasure. The film is co-produced by Passion Studios and O2 Pictures.