The delayed "Madha Gaja Raja"(MGR) directed by Sundar C., starring Vishal, Anjali and Varalakshmi in the lead roles is finally all set to release on September 6, 2013. Music by Vijay Antony and the film is produced by Gemini Film Circuit(GFC). 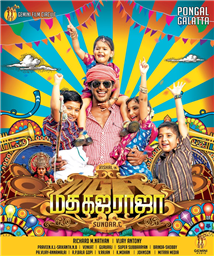