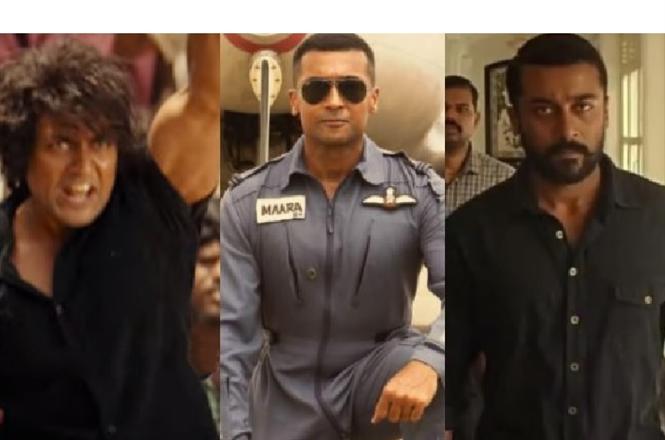 The making of Soorarai Pottru, Suriya's biographical film about Air Deccan founder G.R. Gopinath was aired as a Tamil New Year's special on TV recently. Reportedly, the making video shows that Soorarai Pottru takes place in four different time periods - 1977, 1983, the 90s and early 2000s and as already showcased in the teaser, Suriya will be seen in various looks during these timelines.

Had it not been for the Corona lockdown, Soorarai Pottru which is directed by Sudha Kongara and produced by Suriya's 2D Entertainment would have released by now. However, fans are making do with updates like this making video which is also said to have showcased the aircraft sets put up for the film's shooting.