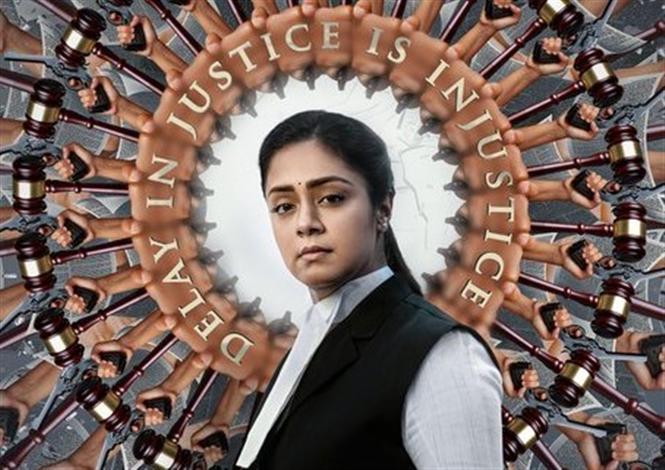 The second look of Jyothika's upcoming film 'Ponmagal Vandhal' has been unveiled. Jyothika essays the role of a lawyer in the film directed by debutant JJ Fredrick. Suriya's 2D Entertainment is bankrolling the project.

The film touted to be a thriller will also star Bhagyaraj, Parthiban, Pandiarajan and Pratap Pothen in crucial roles. The film has music by Govind Vasantha of 96 fame and cinematography by Ramji.

The film is all set to release on March 27. 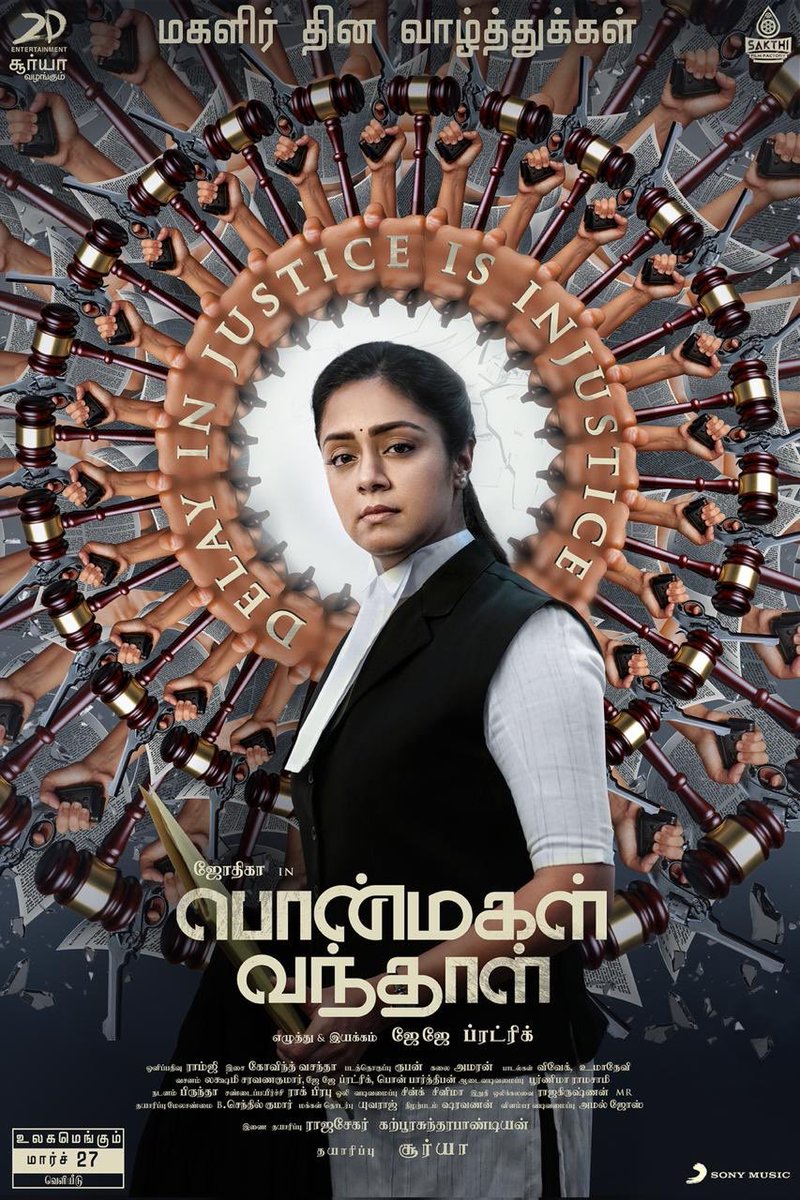