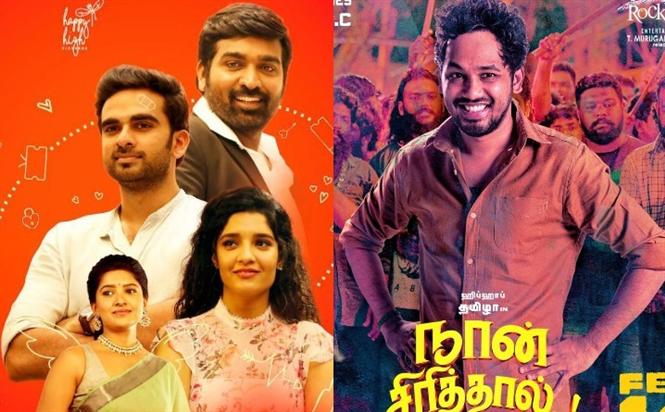 The four days collection of Naan Sirithal and Oh My Kadavule stands at Rs. 1.28 cr and Rs. 98 lakhs respectively in Chennai city. Aadhi's film is estimated to have grossed around Rs. 9-10 cr in the opening weekend in TamilNadu, while Ashok's film has minted Rs. 5.12 cr.

OMK which opened to unanimously positive reviews has slowly gained momentum and the collections have witnessed a steady increase day after day. Naan Sirithal which bagged mixed response is also holding well at the theatres.