Following the likes of Kabali and Darbar, Suriya's upcoming film Sorrarai Pottru has gotten itself branded on a Spicejet domestic flight and the branded flight with Suriya's face was unveiled today. Images of the flight are currently doing the rounds on the internet, making Suriya fans go gaga over it. 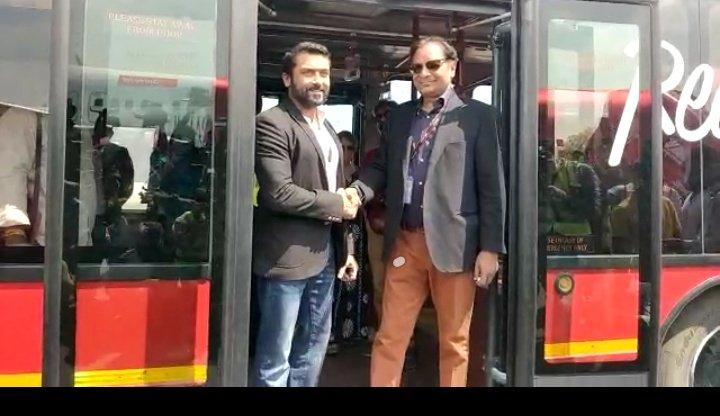 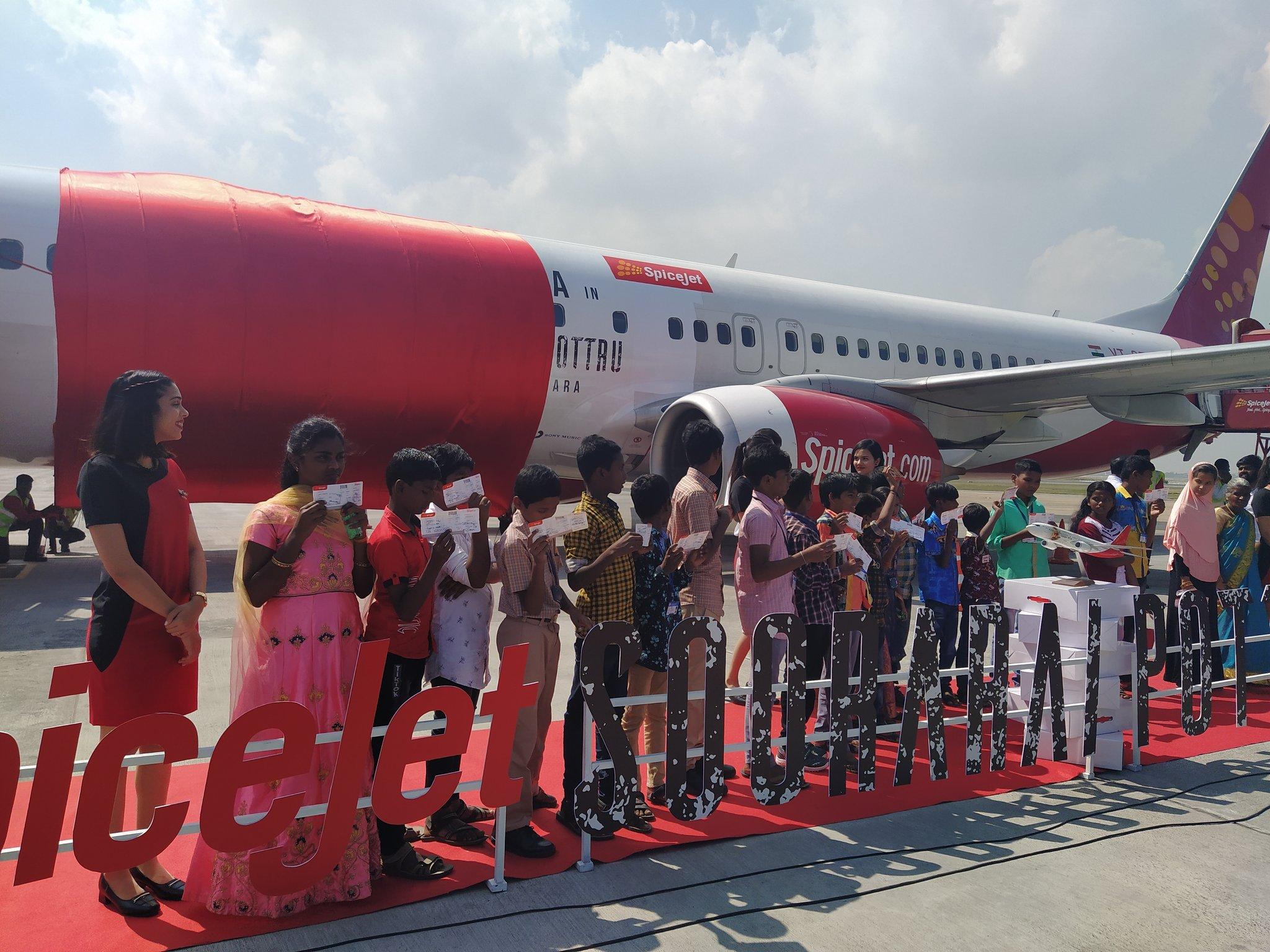 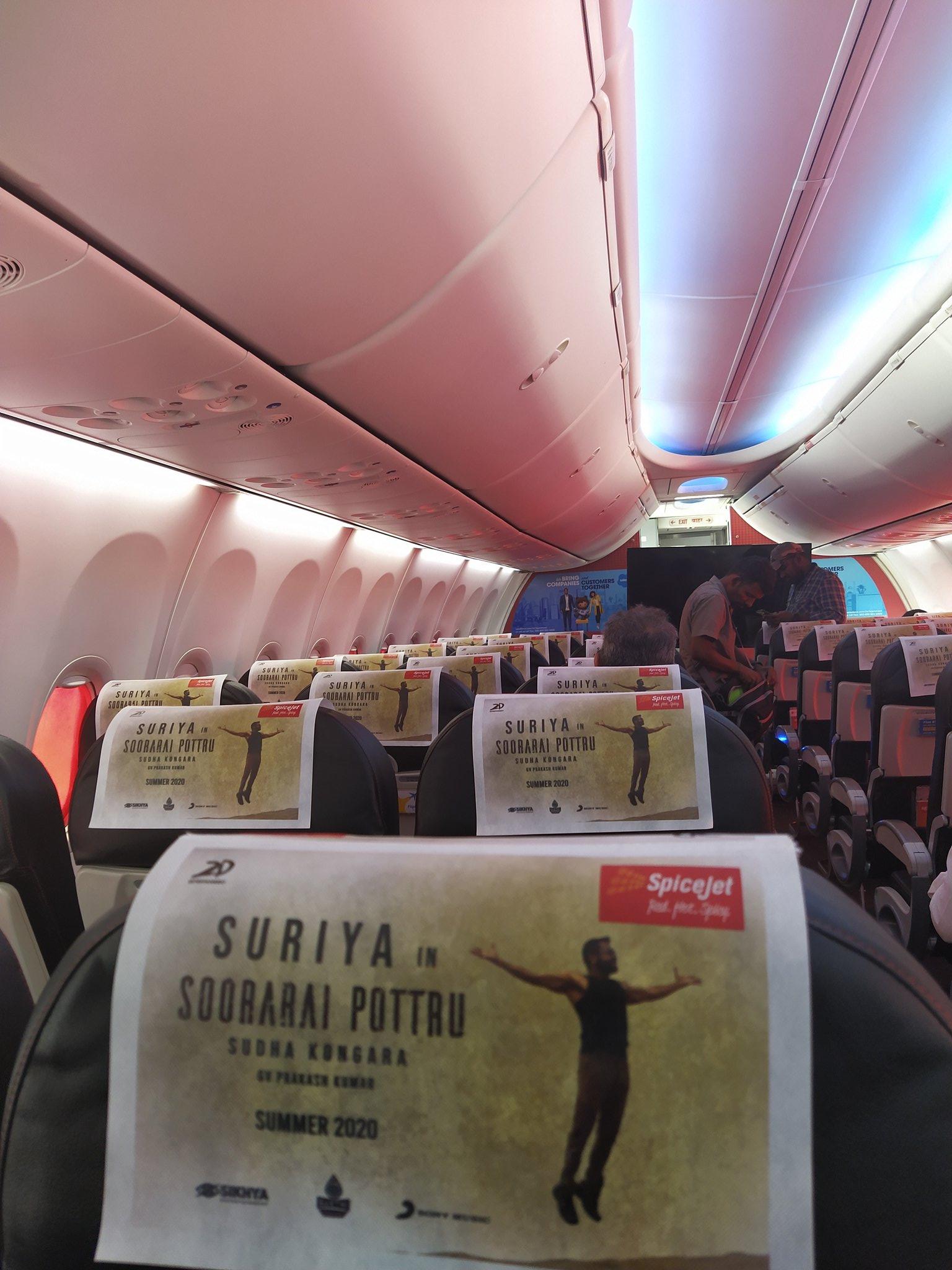 This is a first for Suriya and his production house 2D Entertainment and it makes sense, given his film is based on a the person who redefined the domestic air travel in India. 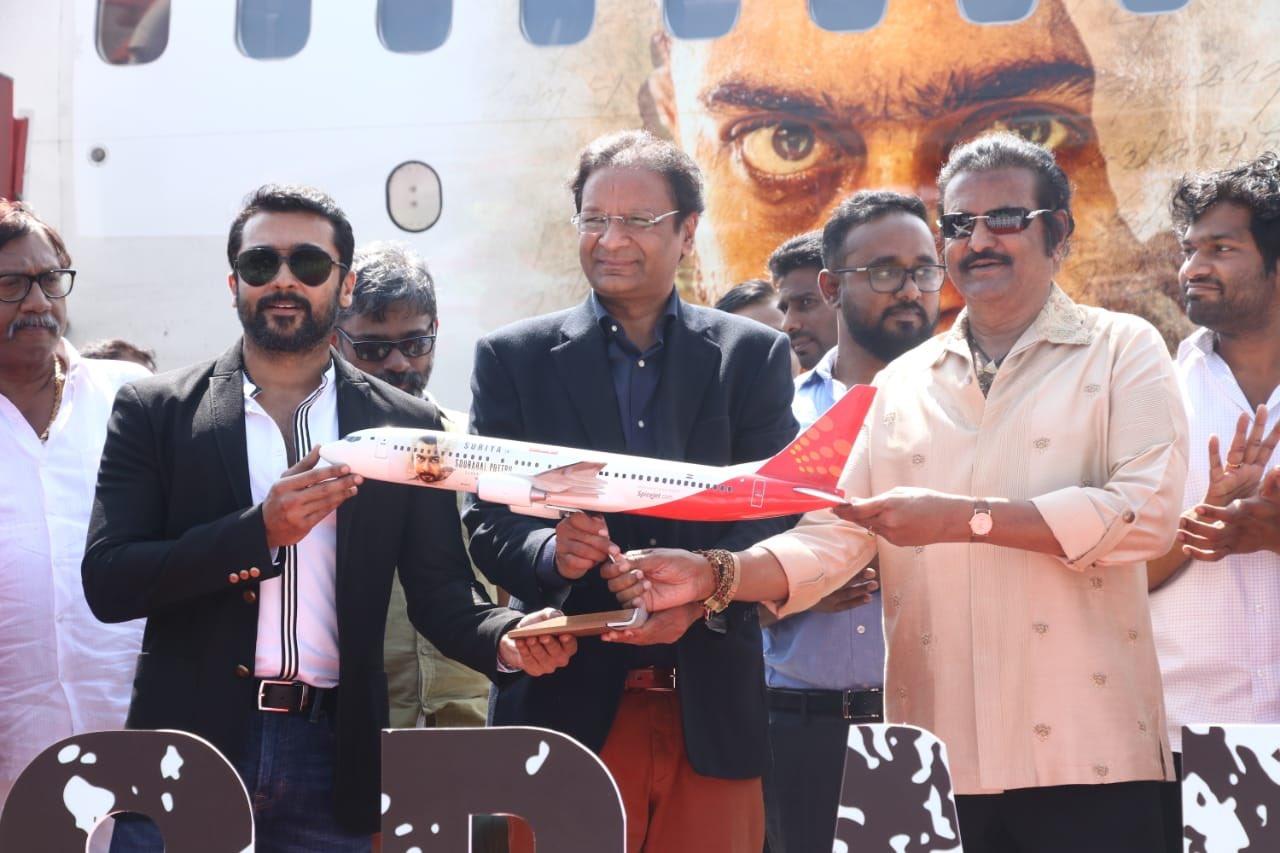 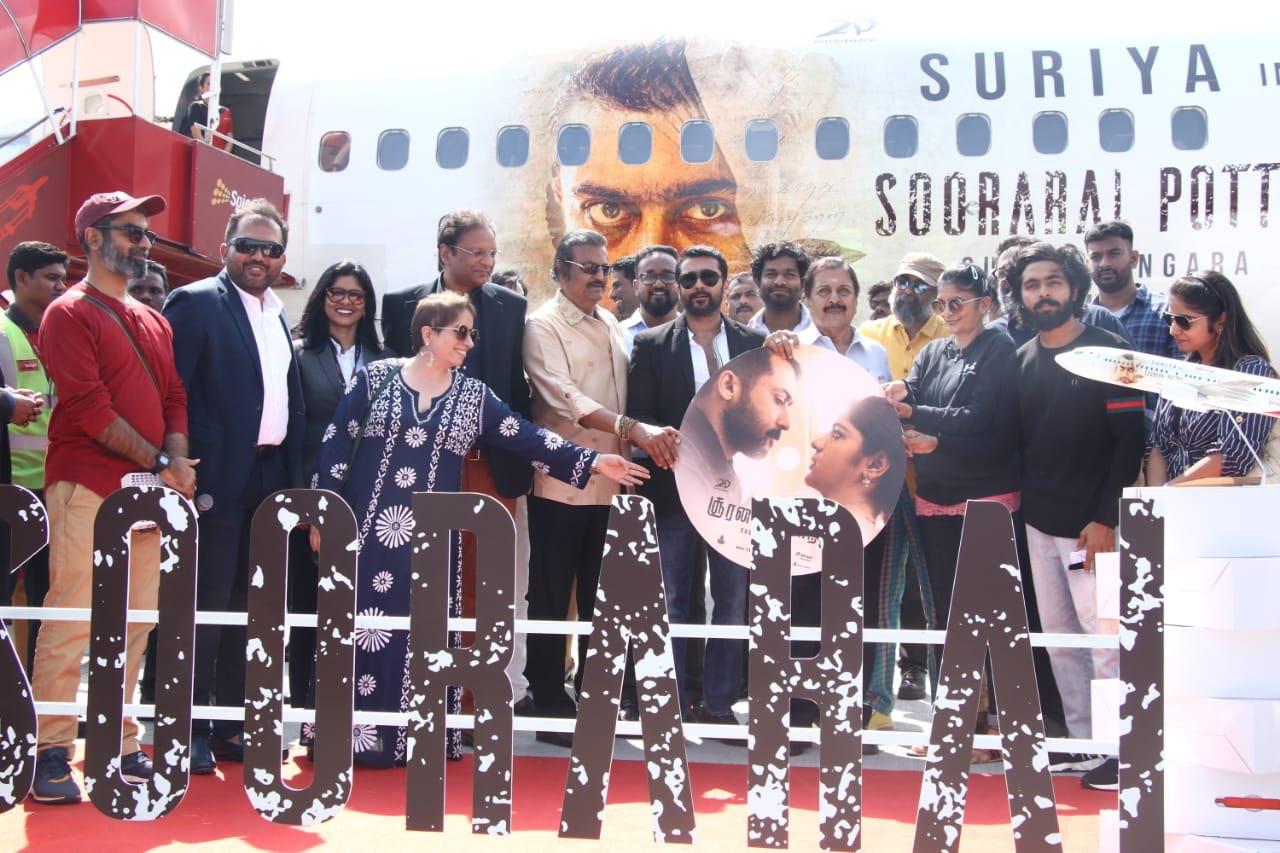