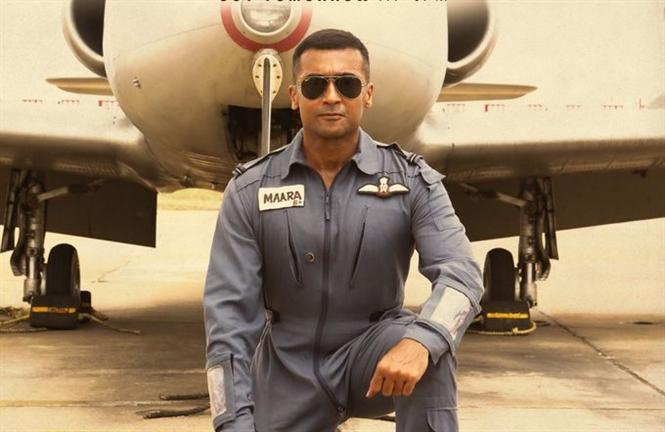 Suriya's upcoming film Soorarai Pottru will have the audio titled 'Maara Theme' released tomorrow. The official announcement came from Sakthi Film Factory who also revealed that the theme track will be unveiled at 4 PM.

Directed by Sudha Kongara, Soorarai Pottru is based on the life of Air Deccan founder and has Aparna Balamurali playing female lead. G.V. Prakash has composed music for this movie, which is due to release in Summer, 2020